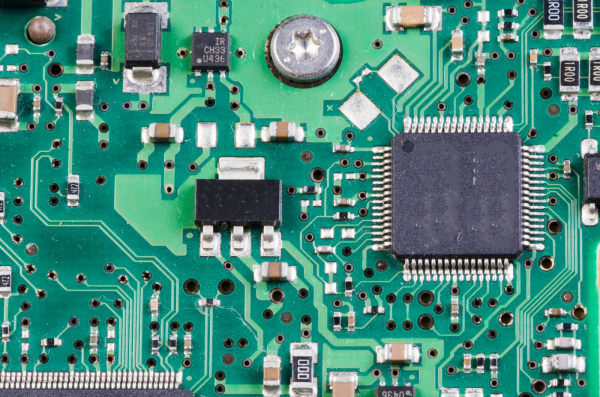 The semiconductor sector has been one of the strongest this year

Many investors looking to guidance for signs of fundamental improvement

Welcome to the “Show Me State” as chip company earnings keep rolling in.
After a sizzling start to 2019, the chip sector appeared to take a breather in late April. Investors punished shares of Intel (INTC) last week after the company provided some less than lofty full-year guidance. Other chip companies fell in apparent sympathy.
That might put more pressure on Advanced Micro Devices (AMD), which reports after Tuesday’s close, and Nvidia (NVDA), which reports in mid-May. Despite the sharp gains for chip stocks between January and April, a lot of worries remain, and INTC’s guidance brought them back into focus. These concerns include falling Chinese demand, oversupply of certain chip types, and high valuations for some of the major chip companies.
Until last week, few if any sub-sectors had been as hot, despite the mixed fundamental picture.  Even with its softness over the last week, the Philadelphia Semiconductor Index (SOX) is up about 45% since bottoming on Dec. 24, and it’s also surpassed last summer’s highs by nearly 8%.
Going into earnings season after this sort of rally, it might feel like semiconductor stocks are in Missouri—the “Show Me” state—meaning there’s pressure on companies in the sector to show investors that the rally was based on true fundamental strength, especially looking ahead to the second half of 2019.

Over the last two years, it’s arguable that the sector hasn’t spent much time on I-70 between St. Louis and Kansas City, because the rug keeps getting pulled out from under it.
First there was the drop in cryptocurrency prices, which reduced demand for so-called “bitcoin mining” that requires semiconductor firms to make fast processors to run advanced algorithms. Then there was the slowdown in video game demand. Also, many companies in the sector put out so-so expectations for 2019, though guidance varied more by the individual company than in the past. Intel’s guidance last week might look like the latest rug puller.
It’s uncertain whether the 2019 rally in chipmaker stocks means the sector has turned a corner fundamentally, because there still seems to be a few challenges. Demand remains an open question, especially after Texas Instruments (TXN) reported a slowdown in Q1. INTC cut its full-year revenue forecast, citing weakness in China as one factor.
Before last week, hopes for better economic growth in both China and the U.S. had helped put a fire under chip stocks, and optimism about a trade deal with China also might have helped. Remember, some see chips as a leading indicator. You need chips for most things tech-related, including popular video games and phones. If chip maker stocks are doing well, it often indicates investor confidence in the broader economy.
Last month, Micron (MU) gave the sector a jolt of optimism when it predicted a recovery in a memory market saddled with oversupply as demand for mobile phones slows. The company’s earnings also surpassed expectations, and JP Morgan (JPM) issued a note saying a chip recovery will likely be fueled by fresh investments from data center customers and more memory content in phones, Reuters reported
Before INTC’s guidance stirred up worries, there was also some concern following TXN’s outlook. “Demand for our products continued to slow across most markets,” the company’s Chief Executive Rich Templeton said in a news release. “In our core businesses, analog revenue declined 2% and embedded processing declined 14% from the same quarter a year ago.” 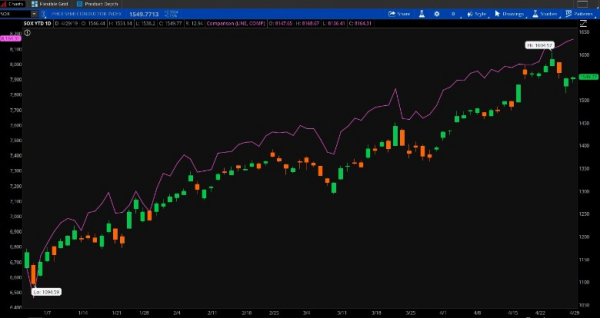 Figure 1: SEMIS SLUMP BUT STILL OFF TO HOT START:  The Philadelphia Semiconductor Index (candlestick), shown here year-to-date compared with the Nasdaq Composite (purple line) has been on a roll so far in 2019 as optimism grows about the global economy, but slowed a bit last week amid demand concerns. Data Sources: Philadelphia Stock Exchange, Nasdaq. Chart source: The thinkorswim® platform from TD Ameritrade. For illustrative purposes only. Past performance does not guarantee future results.

Last time AMD reported earnings, back in late January, its shares got a nice boost as investors welcomed the company’s predictions for strong 2019 sales growth. However, its Q1 guidance didn’t look all that strong. AMD said it expected Q1 revenue to be approximately $1.25 billion, plus or minus $50 million, a decrease of approximately 12% sequentially and 24% year-over-year.

At the same time, AMD issued full-year guidance for high single-digit revenue growth, which was above analysts’ consensus.

“Despite near-term graphics headwinds, 2019 is shaping up to be another exciting year driven by the launch of our broadest and most competitive product portfolio ever with our next-generation 7nm Ryzen, Radeon, and EPYC products,” said Dr. Lisa Su, AMD president and CEO, quoted in the press release.

Investors might want to look for potential updates on the company’s 2019 guidance as well as on some of the products mentioned above when AMD holds its analyst call after earnings. The key might be whether AMD sticks with its guidance from earlier this year, or makes adjustments.

AMD shares are up nearly 50% year-to-date.

When AMD releases results, it is expected to report adjusted EPS of $0.05, down from $0.11 in the prior-year quarter, on revenue of $1.26 billion, according to third-party consensus analyst estimates. That revenue would represent a 23.7% drop from a year ago.

Options traders have priced in approximately a 10.3% stock price move in either direction around the upcoming earnings release, according to the Market Maker Move indicator on the thinkorswim® platform. Implied volatility was at the 46th percentile as of this morning.

Looking at the May 3 weekly option expiration, call activity has been high at the 28, 29 and 32 strikes, while put volume is highest at 27.

It seems hard to remember now after a nearly uninterrupted rally in NVDA shares over the last two months, but the stock was in the dumps back in late January when the company cut guidance for Q4 earnings, citing “deteriorating” macroeconomic conditions, including in China. Shares fell 14% the day of that announcement, and dropped to as low as $131.60 in the following days.

Shares are up nearly 37% since then, but the question heading into earnings might be whether NVDA sees brighter times ahead. China’s Q1 economic growth came in better than analysts had expected, so it might be instructive to hear how NVDA executives view things in that region. Any update on inventory could also help investors get a better sense of how NVDA is chewing through some of the excess that existed at the end of Q4.

At the time it took down fiscal Q4 guidance,the company cited not only China, but also DataCenter revenue coming in short of expectations and a number of deals in the company’s forcecast not closing late in Q4 as customers shifted to a more cautious approach.

For Q1 of the company’s fiscal 2020, NVDA forecast revenue of $2.2 billion, plus or minus 2%. For fiscal 2020 as a whole, the company sees revenue flat to down a bit. Revenue fell sequentially in Q4, but would be about flat from quarter-to-quarter in Q1 if results match guidance.

Another thing investors might want to watch for when NVDA reports is any update on the company’s planned $6.9 billion acquisition of Mellanox, a leading supplier of end-to-end Ethernet and InfiniBand smart interconnect solutions and services for servers and storage. The acquisition, NVDA said last month, will unite two of the world’s leading companies in high performance computing.

“The emergence of AI and data science, as well as billions of simultaneous computer users, is fueling skyrocketing demand on the world’s datacenters,” CEO Huang said at the time.

When NVDA releases results, it is expected to report adjusted EPS of $0.79, down from $2.05 in the prior-year quarter, on revenue of $2.2 billion, according to third-party consensus analyst estimates. That revenue would represent a 31.5% decline from the same quarter a year ago.