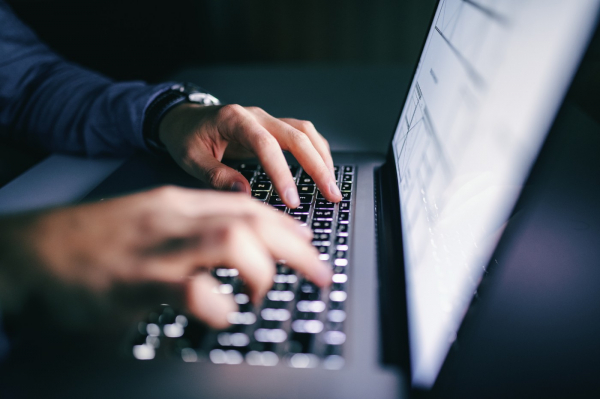 Some analysts are concerned that services growth could be slowing

Can a stock with almost $1 trillion in market cap ever have a quiet 30% rally?

Arguably, that’s the case with Apple (AAPL) so far this year, as the stock continues to recover from its late-2018 swoon despite an undercurrent of concerns ranging from falling iPhone demand to hints of slowing services growth. Shares are up about 30% year-to-date, but only 8% year-over-year.

Analysts expect Apple’s fiscal Q3 earnings to fall from a year earlier when the company reports Tuesday after the close, but revenue to climb just a bit.

Apple’s rally ahead of earnings came after iPhone sales plunged about 17% year-over-year in Q2 and as some analysts worry about possible future softness in services, which includes the company’s App Store. Apple said its services business set an all-time record in Q2.

A recent Barron’s article cited Sensor Tower, a research firm, estimating Apple’s App Store sales in June grew 14% year-over-year, vs. 18% in May, 21% in April, and 22% in March. It looks like competing app stores in China might be one factor slowing AAPL’s services growth.

This slowdown—if it’s actually an issue—might not be reflected in the June quarter that AAPL is reporting on Tuesday, Barron’s said, but could become a problem by the quarter ending in September. We’ll have to wait and see.

It could be worth listening to AAPL’s conference call for any insight into the situation. Because iPhone sales are falling, market participants are watching services pretty closely. Anything executives say about it, whether it’s good or bad, potentially has outsized implications for how the stock trades.

Another topic that could have a big impact is China. Greater China remains the “key swing factor” for AAPL, Credit Suisse said recently, noting that unit sales there are down about 12% year-over-year and that weakness accelerated in June as trade tensions grew.

The firm sees more iPhone sales declines ahead of a refresh this fall before 5G in 2020. The high-speed 5G network is coming into use around the world, and some analysts think having a 5G iPhone could be the next big catalyst for sales of the product.

AAPL arguably needs some sort of catalyst for the iPhone, and maybe sooner than next year. Last quarter, iPhone sales accounted for more than 53% of the company’s revenue, but they’ve been dropping as more customers keep their old phones longer, newer versions provide less advances over old ones, and competition dogs the business in China.

It isn’t all gloom and doom ahead of earnings, however. Morgan Stanley recently raised its price target for AAPL, and expects Q3 services revenue growth to accelerate for the first time since March 2018. The analyst said this is “a key catalyst for regaining investor confidence in the Services narrative.”

Last time AAPL reported, back in April, the company surprised to the upside on earnings per share and provided guidance for Q3 that was above Street expectations. However, revenue fell 5% year-over-year. At the time, AAPL projected Q3 revenue of between $52.5 billion and $54.5 billion. Those revenue numbers are the ones to watch Tuesday to see if AAPL can meet or exceed them.

Another number investors often watch with AAPL is the installed base of active devices, which topped 1.4 billion last quarter. The company stopped reporting iPhone unit sales this year, so active devices could be another way to try and keep tabs on how much market penetration the AAPL has gained or lost.

Also consider keeping an eye on iPhone sales as a percentage of total revenue. That number was 53.4% last quarter, down from 61.4% a year earlier and down sequentially from 61.7% in the December quarter. If AAPL can grow overall revenue, or at least slow its decline, and have iPhone sales fall as a percentage of revenue, it might mean they’re showing some ability to replace lost iPhone revenue with revenue from things like services. The company even touted strong iPad sales growth last time out.

Back in the Steve Jobs era when AAPL introduced the Mac, the company helped pioneer what people called a “closed architecture” for its computers, meaning they weren’t too compatible with software made by other companies. AAPL retreated from that in recent years, but now apparently is looking at a different sort of “closed” system by trying to bring more of its parts in-house.

We saw that late last year, when Apple agreed to a $600 million deal to acquire 300 engineers and facilities from Dialog Semiconductor PLC as the company increasingly develops the battery-management chips Dialog had supplied.

Then earlier this month, The Wall Street Journal reported that AAPL is in advanced talks to buy Intel’s (INTC) smartphone-modem chip business, a move that would jump-start AAPL’s push to take control of developing the critical components powering its devices.

A deal would give Apple access to engineering work and talent behind INTC’s push to develop modem chips for 5G, potentially saving years of development work, the WSJ said. Apple has been working to develop chips to further differentiate its devices as smartphone sales plateau globally, squeezing the iPhone business.

Talks with INTC appeared to be pretty far along, according to the WSJ, so executives might get asked about it on the call. They might also get asked if AAPL has any other companies or products in its sights considering the company’s huge cash position. When it reported in April, AAPL authorized an additional $75 billion for share repurchases, and it’s been pretty reticent to make acquisitions in the past. Some analysts think that could be changing.

Also consider listening for anything CEO Tim Cook has to say about the situation in China and how the tariff battle is affecting AAPL’s operations there.

Early last month, Cook told CBS in an interview that, “The Chinese have not targeted Apple at all, and I don’t anticipate that happening, to be honest.”

Higher tariffs on the iPhone could make it much more expensive to buy in China. In a filing last month, AAPL told the U.S. trade representative that all of its major products would be impacted if the U.S. enacted a fourth round of tariffs

“The Chinese producers we compete with in global markets do not have a significant presence in the U.S. market, and so would not be impacted by U.S. tariffs,” the company said in its filing. “We urge you not to proceed with these tariffs.” 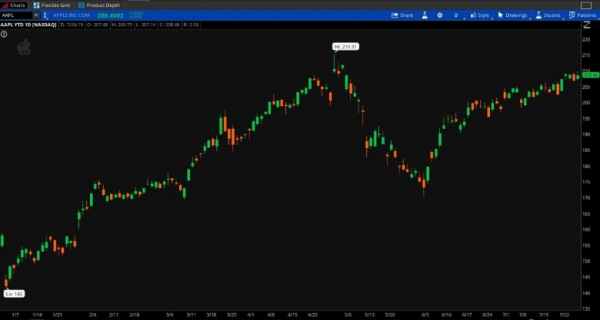 Figure 1: LONG ROAD BACK. Apple’s better than 30% rally year-to-date brought the stock back from depths it charted last December below $150, but it still hasn’t recovered all the way back to the highs of last fall. Data Source: Nasdaq. Chart source: The thinkorswim® platform from TD Ameritrade. For illustrative purposes only. Past performance does not guarantee future results.

When AAPL releases results, it is expected to report adjusted EPS of $2.10, from $2.34 in the prior-year quarter, on revenue of $53.4 billion, according to third-party consensus analyst estimates. That revenue would represent a 0.3% rise from a year ago.

Options traders have priced in a 4% stock move in either direction around the coming earnings release, according to the Market Maker Move™ indicator on the thinkorswim® platform. Implied volatility was at the 31st percentile as of Monday morning. Looking at the Aug. 2 weekly expiration, call options have seen the highest activity at the 215 strike, with heavy volume at the 207.5 and 210 strikes as well. But more overall volume has been seen to the downside, most prominently at the 185 and 195 put strikes.