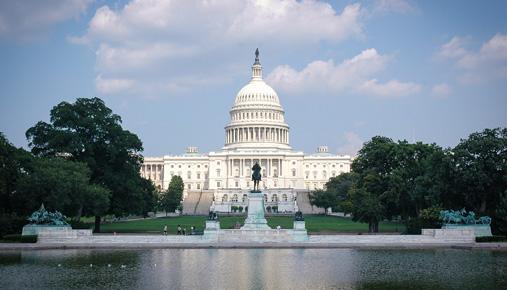 As most alert taxpayers know, a sweeping tax reform bill was put into law in January that affects most tax brackets, a pack of exemptions—both personal and business—as well as filing status, child credits, retirement plans, and how to book capital gains and losses on tax returns.

Much has been written about the new tax code, so here we’ll focus on capital gains.

If you sell a security, an investment, or another asset at a higher price than you bought it, you’ve created a capital gain—and, like other types of income, the IRS wants its share. (If you sell and lose money on the asset, that’s considered a capital loss and has a different set of tax consequences—another discussion.)

What Is a Capital Gain?

From the IRS’s standpoint, it’s an add-on to income and must be reported as such. Strictly speaking, the IRS considers any gain on any asset fair game. The gain is calculated by subtracting the adjusted basis in the asset from the amount you realized on the sale, according to the IRS. That, of course, includes boats, cars, and stocks, as well as the profit you might make from selling concert or sports tickets or those retro name-brand sneakers.

What’s the Difference Between Long- and Short-Term Gains?

In terms of taxes, plenty, according to the IRS. Long-term gains—those held for longer than a year—are taxed at lower rates than ordinary income rates. Short-term tax gains are taxed at the same rate as your ordinary income, so there’s no tax benefit tied to them.

If you buy and sell an asset during a one-year period and make a profit, that’s considered ordinary income and booked as a short-term gain. (There are some exceptions, such as gifts and inheritances.) For 2018 until at least 2025, if you record a short-term profit and add it to your ordinary income, the ordinary tax rates range from 10% to 37%. The maximum tax, if it included the 3.8% Net Investment Income Tax (NIIT) applied to individuals, estates, and trusts that have income above the statutory thresholds, would be 40.8% on short-term gains.

Hold on to that asset for longer than a year before you sell it, and it falls into the long-term gains column. (Certain capital gains tied to partnership interests held in connection with the performance of investment services now require a three-year holding period to be called a long-term gain. Again, that’s another discussion.)

Have the Tax Rates for Long-Term Gains Changed?

No, the capital gains rates are still at zero, 15%, and 20% for long-term held assets, but the income thresholds have changed. This also holds true for qualified dividends. As a result, long-term capital gains taxes do not exceed 23.8%, including the 3.8% NIIT.

The profit/loss for certain derivatives—futures, options on futures, and broad-based index options, such as SPX—is split into two capital gains buckets. For tax purposes, 60% is considered long-term capital gains and 40% short-term capital gains, regardless of how long you held the position.

The tax rate is zero if income thresholds fall below:

Moving up a tier, the 15% tax rate kicks in for income thresholds that are below:

Any income level that is higher than the 15% threshold is taxed at a 20% rate. (This breakdown of rates does not include the 3.8% NIIT.)

For now, the tax basics on long-term gains are mostly still intact, with the difference being income levels. Long-term gains, from a federal point of view, are less onerous than short-term gains, but may vary from state to state. Any questions? Contact a professional tax accountant.