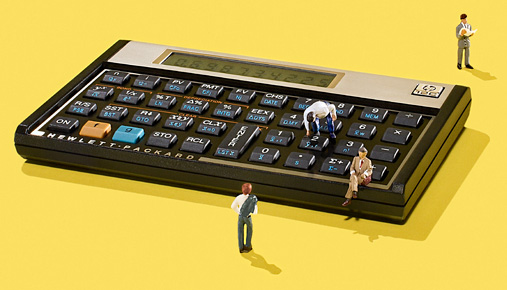 There is beauty and symmetry in nature. There may be clues to the markets, as well.

So-called Fibonacci numbers, a favorite among many technical traders, apply numeric sequences and ratios to help ascertain price targets and offer a sense of whether a market move has run its course. The system takes its name from Leonardo Fibonacci, a 13th-century Italian mathematician. Some say Fibonacci ratios appear throughout nature, in the spirals of a seashell or the seeds of a sunflower, for example.

For our purposes, we’ll stick to how this concept applies to trading. What exactly can these numbers tell a trader?

Markets don’t move in straight lines. There are zigs and zags along the way, as well as periods of sideways grinding. When a stock is in an uptrend, it often retreats, or corrects, for a period of time before advancing in another wave up.

Fibonacci retracements can help pinpoint how far a stock might fall before resuming its prior trend. Although there are some variations, three widely used levels are 38.2%, 50%, and 61.8%. We’ll just stick with the basics here. These percentage retracements can be applied to pretty much any time frame: days, weeks, and even hours.

Often a retracement in the neighborhood of 61.8% from a recent peak can act as a support level during a short-term decline. Buying interest then emerges, and the market bounces back.

Technical traders often talk about the need for “confirmation,” which means using several different technical indicators in tandem. Like any other technical tool, percentage retracements should not be used in a vacuum.

Technical traders believe that, if combined with other indicators like trendline analysis, moving averages, or other tools, retracement targets can indicate if a trend is ending and a top or bottom is forming. Traditionally, technical traders point to the 61.8% retracement as the “maximum” level that a market should correct if the previous trend is to remain intact.

What does this mean? Simply put, a break or decline under the 61.8% level is the last “line in the sand,” and suggests that a trend is ending. From there, technical traders often target a complete (100%) retracement of the move from the starting point of the initial rally.

So, whether your average chart is as lovely to look at as a seashell may be debatable, and when it comes to the markets, it may seem more like it’s a jungle out there. But intelligent use of technical tools such as Fibonacci numbers can help you see things more clearly.