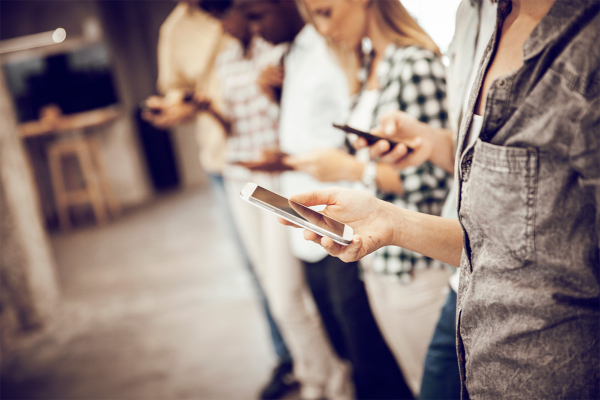 Despite what would appear to be some tough punches being thrown at Facebook (FB), share prices for the Communication Services giant have danced around like a prize fighter.

So far this year the world’s largest social media site has seen its stock hit new highs during the COVID-19 pandemic and a high-profile ad boycott. Now as FB prepares to reveal its third quarter earnings on October 29, it could potentially face an antitrust lawsuit, plus face another round of grilling by legislators regarding its content moderation policies.

And then there’s the competitive front, where pressures from the likes of ByteDance’s TikTok and a resurgent Snapchat (SNAP) seem to be aiming for a share of those social media eyeballs and typing thumbs.

Is this FB facing a fight for survival, or is it just another round in the life of a heavyweight?

Revenue Has Continued to Climb

Facebook’s revenue, like those of many of its Communication Services brethren, has benefitted from the fact that most of the world is stuck at home in isolation during a pandemic, relying more than ever on social media to keep in touch, make purchases, and get information (see chart below). 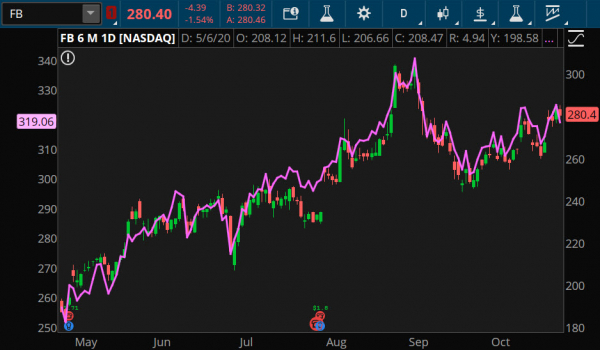 FIGURE 1: COMM ON UP; COMM ON DOWN. Shares of Facebook (FB – candlestick) fared well in the first several months of COVID-19 lockdown, but have sputtered since then. The same can be said for the entire Communication Services sector ($IXC – purple line). Data sources: S&P Dow Jones Indices, Nasdaq. Chart source: The thinkorswim® platform from TD Ameritrade. For illustrative purposes only. Past performance does not guarantee future results.

Advertisers haven’t been immune to FB’s lure, unable to ignore the potential for billions of eyeballs viewing their ads. This is despite a July boycott of the platform in response to a campaign by civil-rights groups to pull their ad dollars from FB to protest its handling of what some consider hate speech or objectionable content.

Second-quarter earnings blew away Wall Street estimates, with reported sales having grown 11% from a year ago. Ad revenue grew 10% in early Q3, despite that high-profile ad boycott. FB’s stock hit an all-time high of $304 in August. Though a September correction that hit most tech companies pushed the stock down below $250, it’s been slowly creeping back up.

Break It Up, Guys: Perhaps Easier Said than Done

But FB is about to face a new round of punches. Calls to break up FB seem to be getting investors’ attention. Amid antitrust scrutiny on both sides of the Atlantic, Congressional hearings are expected, similar to the idea behind the recent Department of Justice filing an antitrust case against search engine giant Alphabet (GOOGL).

The New York Times reported that a collection of lawyers, activists, economists, academics, and former corporate tech insiders are helping fuel the backlash against tech giants FB, GOOGL, Apple (AAPL), and Amazon (AMZN) because they say these tech companies have too much power. As a result, their size and reach have enabled them to engage in anticompetitive business practices and privacy violations, as well as create risks for disinformation and artificial intelligence.

According to a House antitrust panel report released Oct. 6, Facebook has “maintained its monopoly through a series of anticompetitive business practices.” The report also states that Facebook has worked to maintain its monopoly, using its data advantage “to identify nascent competitive threats and then acquire, copy, or kill these firms.”

FB’s acquisitions of Instagram in 2012 and WhatsApp in 2014 were reviewed by the Federal Trade Commission (FTC) without issuing an objection for either. Since then, FB has poured money into both platforms to boost growth. The strategy appears to have worked: Instagram has more than one billion users worldwide, while WhatsApp has two billion users.

Both sides of the political aisle, as well as the group behind the big tech backlash, seem to agree that something should be done. What exactly that is appears harder to agree upon, and specific criticisms against each of these Big 4 varies based on their business. Any lawsuits alleging antitrust laws have been broken could take years to wind through the courts. In the meantime, calls have grown louder for the FTC to strengthen its enforcement of antitrust rules.

In addition, criticism of FB’s privacy practices and of its role in disseminating misinformation and conspiracy theories will be under the spotlight when FB CEO Mark Zuckerberg joins the chief executives of GOOGL and Twitter (TWTR). They’re all scheduled to appear via video before a Senate Commerce Committee in late October to face questioning about their policies for moderating content on their respective platforms.

The hearing will center on Section 230 of the Communications Decency Act, which shields social media platforms from liability for user content. Several Republicans have alleged that tech giants have used the Decency Act to censor conservative opinions.

FB Keeps Its Guard Up

FB is also facing competitive threats from the likes of TikTok. In August, FB launched Reels, a new feature on Instagram. Like TikTok, users can make short videos set to music, add filters and other effects, and easily share them.

Reels isn’t FB’s first attempt to challenge the wildly popular TikTok. It launched Lasso in 2018 but soon pulled the plug on the app when it didn’t capture the audience share it wanted. Investors might be curious about how Reels is fairing on the quarterly earnings call.

Facebook is expected to report adjusted EPS of $1.90, down from $2.12 in the prior-year quarter, according to third-party consensus analyst estimates. Revenue is projected at $19.73 billion, up 11.7% from a year ago.

The options market has priced in an expected share price move of 5% in either direction around the earnings release, according to the Market Maker Move™ indicator on the thinkorswim® platform.

Looking at the October 30 expiration, put activity has been higher at the 260 and 270 strikes but more activity has been seen to the upside, with by far the heaviest concentration of call activity at the 300 strike. The implied volatility sits at the 48th percentile as of Tuesday morning.