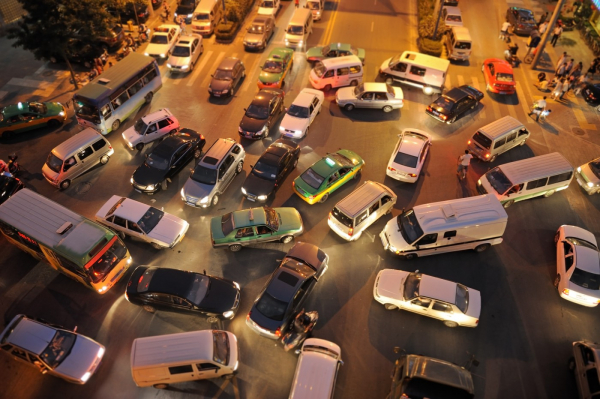 A divided government can be good for the market overall, but it can depend on how it’s divided

Some sectors stand to benefit while others could be laggards

In the 1994 midterm election, Republicans captured House and Senate victories under the banner of a “Contract with America,” which they said would foster dramatic change. Instead, their takeover of Congress led to gridlock as then-Speaker Newt Gingrich clashed with Democratic President Bill Clinton.

How did the stock market respond as gears ground to a halt in Washington amid government shutdowns and partisan bickering? Only with one of the steepest and longest rallies in history. The S&P 500 Index (SPX) nearly tripled in the six years following January 1, 1995.

Republicans seem likely to control the Senate while Democrats hold the House and the presidency starting early next year, meaning the so-called “gridlock trade” could set in again. Under historic thinking that gridlock is good, this division of powers would presumably help Wall Street. In fact, the recent rally might reflect “a swift tsunami of gridlock-anticipated optimism,” wrote Sam Stovall, chief investment strategist at research firm CFRA.

One big reason for gridlock-generated optimism is around taxes.

“Whether gridlock is good or not can depend on where you’re gridlocked,” said Pat O’Hare, chief market analyst at research firm Briefing.com. “Right now, the existing tax policy is very favorable in terms of favoring lower corporate and capital gains taxes. Looking at a scenario where we’re likely to be gridlocked for the first two years of the next administration, it’s favorable for the stock market in terms of tax policy.”

Investors shouldn’t take anything for granted, because although gridlock might often be good, there are times when stocks can benefit from Congress and the president getting down to business. Let’s examine a few reasons gridlock might help stocks next year, but also explore why it might not be a slam dunk.

Gridlock Is Good—According to Some

Advocates of the “gridlock trade” sometimes cite the past. After all, they note, the record stock market highs of the late 1990s coincided with a “gridlock detente” that arguably helped pave the way for market-friendly developments like the construction of the “information superhighway,” welfare reform, and a brief budget surplus. Never mind, of course, that the internet was well on its way to becoming a behemoth even before that election and probably would have either way. Amazon (AMZN) was founded July 5, 1994.

Gridlock did return to some degree as the 1998 midterms and the 2000 presidential election approached, especially with Clinton’s presidency getting hobbled by impeachment proceedings.

Those who argue gridlock could be good going into 2021 say we’re in a similar place, where Washington getting out of the way could potentially lead to market-friendly developments. Here are a few examples:

Health care. Under a gridlock scenario, an expansion of the Affordable Care Act (ACA, or “Obamacare”)—one of the pledges made on the campaign trail—seems less feasible. But so does an outright repeal—something also pledged on the campaign trail.    Taxes. A lack of consensus on tax reform could help lift markets by providing certainty, particularly as it relates to some recent ideas on corporate governance.  Antitrust allegations. FAANGs and other “Big Tech” firms have spent a good bit of time on Capitol Hill in recent years, defending their business models and business practices, with some legislators calling for a breakup of these firms.

Basically, market participants appear confident that the outcome in Washington will result in a continuation of the status quo for Wall Street, which has done pretty well considering the pandemic.

Gridlock by Sector: Who Benefits and Why?

From a sector view, gridlock has its benefits. Here’s why some sectors might get a boost in this environment next year and beyond:

Energy. It’s unlikely politicians would be able to rock the boat too much when it comes to some of the more dramatic environmental proposals typically put forward by Democrats.Technology. Those on either side of the aisle pressing for major action against supposed antitrust violations by the mega-cap FAANG companies could find themselves stymied. Also, the trade wars that raged under the Trump administration might end, loosening relations with China, where these companies do so much business and manufacture so much product.Financials. It now seems less likely President-elect Biden will appoint a Treasury secretary determined to make huge waves in the banking sector. Changes could be more incremental. Borrowing rates seem likely to stay low partly due to COVID-19, but also because it’s hard to see major changes at the Fed when Congress and the president are at odds.Health Care. Besides the lack of changes to ACA mentioned above, a divided Congress means it’s less likely something gets done on drug and device pricing issues that rattled the industry at times under the last two administrations.Transports. Environmental-related legislation that could slow down railroad and trucking industries if Democrats had more power probably won’t pass in a mixed Congress.Small Caps. These companies might have faced tax challenges in the event of a “blue wave” by Democrats. It’s hard to imagine any major tax legislation getting through Congress between now and 2022.Industrials and Materials. The trade war with China and Europe under the Trump administration made life hard for many of these firms, including construction and agricultural powerhouses. Biden is seen by political analysts as less likely to keep up this battle. Also, with Congress divided, anti-free-trade advocates on the far left and far right of the two parties might have less power to blunt trade agreements.Aerospace. A “blue wave” might have put pressure on defense spending. The election results speak more toward the status quo being maintained.

Since the election, investors have piled into sectors and stocks that many see benefiting from the “gridlock trade.” These include Industrials, Materials, Financials, Energy, and other cyclical parts of the market that tend to do best when the economy grows quickly. In a sense, they’re betting on gridlock (and perhaps improved trade relations and some sort of stimulus) to boost economic growth.

After leading most of the year, Big Tech declined after the election, perhaps because investors felt more bullish about domestic-focused stocks that could do well if the economy bounces due to gridlock. Meanwhile, the 10-year Treasury yield picked up about 20 basis points from mid-October to Election Day, again partly due to economic hopes. Small-cap investors appeared to be banking on “reflation” (which could also nudge interest rates higher).

Maybe gridlock ultimately underpins the market. However (and there’s always a “however”), it’s not necessarily just biscuits and gravy to have divided rule, and in some ways, this also showed up on Wall Street after the election.

Look how quickly shares of machinery maker Caterpillar (CAT) descended when the election appeared decided. CAT’s 7% plunge likely reflected declining hopes of a massive stimulus package and dramatic gains in infrastructure spending that might have happened if gridlock weren’t a factor.

Let’s look at some sector-related negatives that could result from gridlock:

Industrials and Materials. As CAT demonstrated, less chance of a huge stimulus could hurt hopes for a massive economic surge that would lift business for these sectors. “I think in the end there will be some resolution that something has to be done, but it’s likely to be on the lower side of things, relatively speaking,” O’Hare said, referring to the stimulus. There’s also less chance of a big infrastructure bill passing.Energy. Gridlock in Congress often leads to the president using executive orders. We saw that under Trump and Obama and could again under Biden. A Biden administration could put new restrictions on pipelines, emissions, and fracking, O’Hare noted. (See figure 1.)Alternative Energy. The Obama administration gave grants to solar and wind energy companies using stimulus money passed by Congress in 2009 when it was under full Democratic control. It seems unlikely a Biden administration would be able to get a divided Congress to help these firms.Financials. The banks would probably have benefited from higher rates associated with a larger stimulus package. Also, although massive banking legislation like what passed after the 2008 financial crisis is unlikely, a Democratic president might impose new regulations that could potentially hurt banking industry profits. The Biden Treasury Department could be slower to loosen restrictions on certain activities like buybacks.Health Care. Again, major changes to the ACA seem unlikely in gridlock. However, the U.S. Food and Drug Administration (FDA) did introduce many new rules and regulations under President Obama and Vice President Biden that proved challenging for the industry. Biden wouldn’t need Congress to go ahead and tighten the regulatory screws again. An FDA controlled by a Democratic administration could potentially be pickier about approving new products.Transports. The White House has a lot of unilateral control over things like rules affecting break periods for employees, other safety measures, and gas mileage. Some of these can be burdensome.Technology. We’ve already seen a lot of pressure on tech firms under the Trump administration. A Democratic administration might be able to continue this pressure even if Congress steps back. 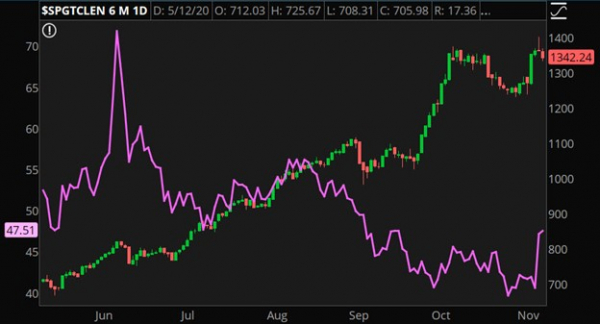 Unified government. A completely unified government (where the White House and all of Congress are under single-party control) coincides with the best stock market returns, according to CFRA’s research. The last time the government was unified with one party’s complete control of Congress and the White House was in 2017–18 under President Trump and Republicans. Before that it was in 2009–10 under President Obama and Democrats. Both times were positive for stocks, though historic performance doesn’t necessarily tell us anything about the future.Split Congress. The second-best outcome for stocks, CFRA found, is with what we’re likely to have in 2021 and 2022, with the House and Senate under different parties’ control. That’s how things were before the election, a period that was mainly good for stocks other than the brief and steep COVID-19 bear market early this year.President vs. Congress. The worst performance historically came when the president was from one party and all of Congress was controlled by the other, CFRA said. Surprisingly, perhaps, this political lineup was the case from 1995 through 2000, which we all remember as a historic bull market.

Any long-term rally under the current gridlock could be limited by a couple things. First, stocks are already scraping against all-time highs and valuations remain lofty. Second, the COVID-19 situation adds confusion, because any real progress with a vaccine is probably going to be “a tide that lifts all boats,” O’Hare said, regardless of what Congress or the president do.

Maybe the 2021–22 divide in Washington can ease some of the geopolitical volatility, help with the virus fight, and keep Wall Street’s current exuberance charging along. Those might be things investors of both parties could cheer.