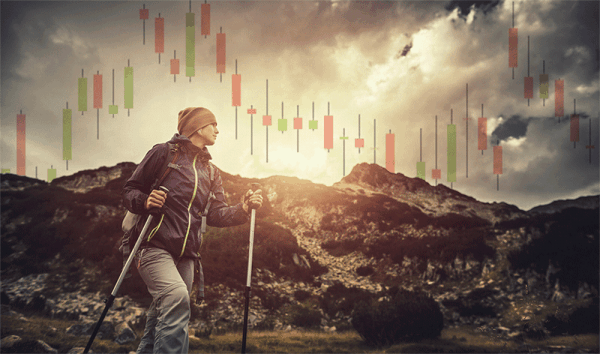 Deadly virus spooks markets in late Jan; could be a while before all is known

After solid year-ago results and big 2019 rally, earnings may have a tough hurdle to scale

On the Hill, impeachment proceedings continue and Fed testimony ahead

If you’ve raised kids, you’re probably familiar with the expression, “The odd years are even and the even years are odd.” Well, that’s also been true lately for stocks in February, and this one might be no exception.

In case you didn’t notice, it’s an even year, and January is ending on a wild note as fears of coronavirus weave a path down Wall Street and beyond. If the virus brings feverish February trading, it wouldn’t be all that surprising based on the even-odd theory. Open your history books for a moment while we review the ghost of February past.

February 2018 was the opposite story, but also volatile. Stocks had roared through much of January, but then fell sharply as the Fed looked hawkish and earnings worries mounted. The Cboe Volatility Index (VIX) hit an incredible high of 50 early that month, up from January 2018 lows under 10.

VIX never got that low this January, but it did start rallying late in the month from a 2020 low near 12. It hit 18—its highest level since mid-October—on Jan. 27 as virus fears swirled.

Fears that the virus could put travel and other plans on hold for many people across Asia and even here in the U.S. inflicted heavy losses the last week of January, with certain sectors under more pressure than others. Airlines, casinos, resorts, restaurants, hotels, and other travel-related stocks could continue to face selling if the virus spread doesn’t show signs of slowing in February. Crude hit three-month lows in late January and U.S. Treasury yields hit four-month lows as investors flocked to more “defensive” assets. All this helped stir up the VIX.

Volatility might have risen even without the virus. February brings a question mark surrounding Fed policy (more on that below), boatloads of earnings, and a potential political whirlwind out of Washington, D.C. as impeachment proceedings continue.

Let’s look first at something we definitely know about February: Roughly 60% of S&P 500 companies hadn’t reported Q4 earnings results as of the end of January, and many of them will be presenting their numbers once the groundhog appears.Some leading names investors might be watching as February rolls around include medical giants like Merck (MRK), Bristol-Myers Squibb (BMY), and Abbvie (ABBV), FAANG member Alphabet (GOOGL), entertainment industry behemoth Walt Disney (DIS), consumer products firm Philip Morris (PM), and automakers General Motors (GM) and Ford (F). That’s just the first week of February, by the way.

Later in the month the retailers open up their books, with Walmart (WMT), Home Depot (HD), and major department stores like Macy’s (M) expected to deliver final tallies for the holiday quarter. Some earlier holiday shopping numbers from Target (TGT) and department stores didn’t look too shiny.

Guidance remains a key factor for everyone reporting. We’re in a market where people want to see a glowing picture going forward. While stocks are having a tough time now with coronavirus, things could potentially improve if any of the big companies reporting in the coming weeks give great forward-looking statements.

Even if earnings come in better than research firm FactSet’s current estimate of negative 1.9% for S&P 500 companies, most analysts doubt they’ll be too amazing in Q4. Earnings grew so quickly in 2018 that the comparisons for 2019 were just too challenging for many companies. The lack of earnings growth brought some attention recently to valuations. At 19.6 vs. estimated forward earnings, according to research firm CFRA, the S&P price-to-earnings (P/E) ratio is the highest since late-2002.

Here are a few data and events to watch for in February.

“CFRA thinks a pullback (5% to 10% decline) is likely, as valuations correct while investors conclude that a global recession will not be the outcome of the current health crisis,” CFRA said in a note on Jan. 27.

If you’re worried about just that, CFRA had some soothing words. It noted that, “U.S. equity returns were higher one, two, and three months after the first recorded U.S. incidents of SARS, MERS, Ebola, and Zika,” CFRA said in the same note. “Yet this sell-off is accompanied by elevated valuations and the lack of earnings surprises, since three weeks into the Q4 reporting period.”

Some sharp-eyed readers might have noticed that the FactSet earnings estimate of negative 1.9% hasn’t really changed much over the last few weeks despite dozens of earnings reports from S&P 500 members. That could indicate that companies either aren’t exceeding pre-season expectations or are coming in too slightly above them to make much difference in the overall number.

Usually over the last few earnings seasons, analysts’ estimates—along with earnings results—have improved over the course of the quarter. The opposite seems to be happening now, with FactSet’s 1.9% estimated earnings decline as of late January is a touch worse than the 1.6% decline it forecast a month ago.

Stocks rallied in Q4 despite sluggish earnings in part because the Fed has kept interest rates low and promised more of the same. We’re approaching February with interest rates in check and the Fed pretty much on autopilot as it keeps rates low and injects cash into the economy. That said, Feb. 13 might be a day to watch.

The Fed has been intervening since last fall through repurchase agreements, or “repos”, and that program is set to run through Feb. 13, the Fed said in January. The Fed’s interventions might have helped set off the stock buying spree seen since October, and The Wall Street Journal said some analysts think the “repo” program might last into summer. That said, what happens if it ends sooner?

If the Fed were to slow its repo program, that could potentially be a negative blow for stocks, but it seems unlikely it would happen right away.  The virus situation probably makes a sudden end to Fed support even less likely. With many analysts already expecting slower Q4 growth numbers and the market now playing defense, the Fed we have now doesn’t seem like the type to change horses in midstream.

Meanwhile, the Fed kept rates unchanged at its January meeting after lowering them three times in 2019. It continues to say it plans to keep rates low as long as there’s no sign of inflation, and so far, prices are behaving themselves. The Fed would actually like to see inflation pick up a little to its 2% target, a rate it’s seldom achieved in recent years and may have trouble reaching anytime soon with crude oil buried near three-month lows and manufacturing numbers still muted.

There’s no Fed meeting in February, but Fed Chairman Jerome Powell might be up on Capitol Hill by the end of the month to deliver his semi-annual monetary policy report to Congress (once known as “Humphrey Hawkins”). While the schedule isn’t out yet, this event has begun in late February the last two years, and typically gobbles up a lot of investor attention while it lasts. It gives elected officials a chance to publicly ask Powell questions on live TV and can often deliver more insight into what the Fed chair has on his mind.

The other D.C. event this February isn’t typical. Impeachment proceedings that began in January look like they could possibly eat into more of February than many might have originally thought. While the political analysts out there don’t expect the trial to end in conviction, any new elements, including potential witness testimony, could keep investors on their toes and possibly ramp up the volatility.

A Check of the Numbers

Getting back to market fundamentals, all the usual monthly elements are out there, including the January employment report due Feb. 7. The December report showing monthly payroll growth of 145,000 and annual wage growth of 2.9% was a little lackluster, so investors might be hoping January got the year off to a more energetic start. The Feb. 3 release of ISM manufacturing data for January might also be one to watch, because it showed the manufacturing economy in a slump the last few months.

All of this could be front and center, or it might get buried under more headlines about coronavirus. Investors are likely to watch and wait, and hopefully will keep in mind that panic selling (or over-enthusiastic buying) is almost never a good strategy, no matter how uneven a February might get.