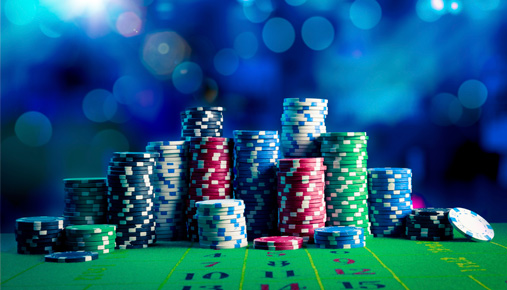 Feel Lucky? A Little Bit Helps, but You Need More Than That

Bring on the blindfolded monkeys.

Daniel Kahneman, a Nobel Prize-winning Princeton University psychologist who is widely credited with creating the field of behavioral economics, has some advice for stockpickers: It’s all luck.

What? That’s blasphemy to investment professionals who turn to all sorts of tricks and scientific methods to make decisions affecting millions, if not billions, of dollars. But could the results be a little bit of both?

Not by Kahneman’s thinking. “There is a general agreement among researchers that nearly all stockpickers, whether they know it or not – and few of them do – are playing a game of chance,” he wrote in his 2011 best-selling book “Thinking Fast and Slow.”

Investors may feel they are making sensible, educated guesses in uncertain situations. But in efficient markets, “educated guesses are no more accurate than blind guesses,” according to Kahneman (some three decades earlier, another Princeton economist, Burton Malkiel, famously posited that “a blindfolded monkey throwing darts at a newspaper’s financial papers” could come up with a portfolio that outperforms the so-called experts).

Not surprisingly, these aren’t popular notions on Wall Street. We often describe our successes and failures in life in the context of whether Lady Luck was on our side. It’s human nature. But here’s another old axiom to consider: Luck is the residue of design.

“It’s always good to have luck on your side,” says David Kier, senior analyst at TD Ameritrade. “But for the investor who is going to last the longest, it’s more science than luck, or a game.”

There are plenty of “scientific” or technical ways to pick stocks – chart patterns, Fibonacci-based analysis and Elliott Waves, to name a few. Of course, the fundamentals – earnings, profit margins, revenue, etc. – are important, too (see figure 1). 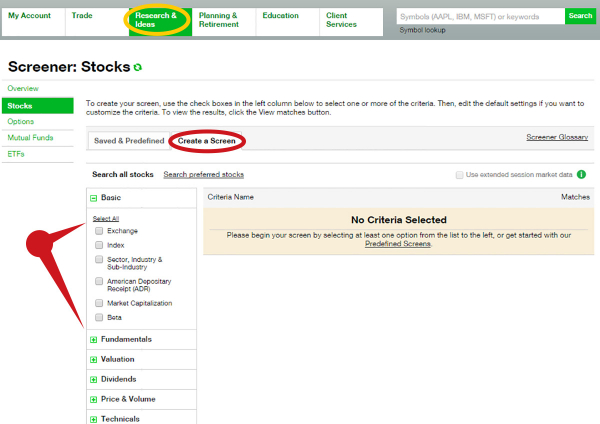 FIGURE 1: BETTER THAN A DARTBOARD.

The Stock Screener on tdameritrade.com allows you to narrow down potential investment choices by fundamental factors, technical indicators and other criteria. Source: TD Ameritrade. For illustrative purposes only.

Investors are often reminded that “past performance is not a guarantee of future results.” But there often is little warning for financial panics, terrorist attacks and other “black swan” events that shake markets to their very core. Technical and fundamental models (or blindfolded monkeys, for that matter) can only help so much in preparing for such scenarios.

Yes, luck plays a role in investing results. But good, old-fashioned prudence, spadework and smarts go a long way, too. Recognize what you can and cannot control, in other words.

“Losses happen and wins happen,” says Kier, who said he is not superstitious by nature. “Sometimes when you see the big wins happen, you can think of it as luck.

And if all your eggs are in that one basket, you might be the luckiest person on earth. Or not. One might then consider portfolio diversification as an exercise in sound research and careful planning, leavened by the question of what kind of “luck” may come your way.

“Diversifying isn’t trying to be luckier, or having more chances to win,” Kier says. “It follows the strategy that everything is somewhat correlated but they’re not all correlated to the point that they can all fail at the same time.”