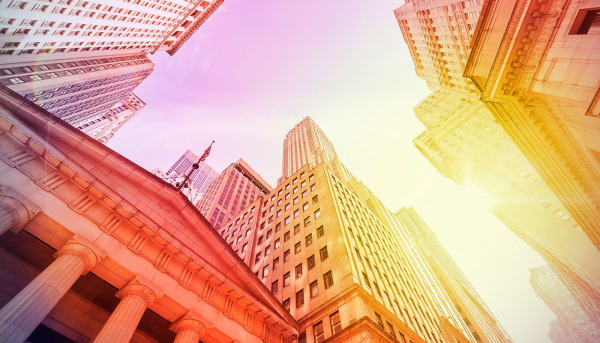 (Tuesday Market Open) Equity index futures are pointing to a lower open and are not being helped by earnings announcements from major financial companies. Goldman Sachs (GS) reported lower-than-expected earnings despite stronger-than-expected revenue. Meanwhile, PNC Financial (PNC) missed on revenue, but beat on earnings. Truist Financial (TFC) beat on earnings and hit the revenue estimate on the nose. Finally, Bank of NY Mellon (BK) beat on both top and bottom line numbers. The respective stock prices are mixed in premarket trading. Goldman was down 3.76%, PNC was also down 0.20%, Truist was up 0.13%, and Mellon fell 0.96%.

Financials were expected to see higher profits because of favorable interest rates. However, Goldman saw a 13% decline profit. Like JP Morgan (JPM) and Citigroup (C) last week, Goldman saw a boost in investment banking revenue from mergers and acquisitions. But revenue from stock trading was down in the previous quarter and bond trading revenue was flat.

While earnings announcements don’t seem to be helping, equity index futures appear to be falling on rising yields. The 2-year Treasury yield rose to 1.024% matching its February 2020 level while the 10-year Treasury yield (TNX) hit its two-year high at 1.813% before the open. The rise in the two-year may be the biggest driver of fear because it’s often seen as a reflection of where the Fed is heading. The move over 1% is higher than the Fed’s goal of 0.90% for the overnight rate at the end of 2022. So, what we may be seeing here is a resetting of asset values based on the potential of more and higher rate hikes. Growth stocks like Tesla (TSLA), Twitter (TWTR), and Meta Platforms (FB) are lower in premarket trading, which could be seen as evidence of revaluations.

The Cboe Market Volatility Index (VIX) is signaling investor concerns jumping more than 12% in premarket trading to 21.52. Fears may be compounded by rising oil prices, which rose 1.72% ahead of the bell and reached $84.82 per barrel. Oil is now testing its 2021 highs and, at one point, was trading at a seven-year high.

One growth stock that is rising is Activison Blizzard (ATVI) which was up 37.64% in premarket trading. Microsoft (MSFT) announced plans to acquire the gaming company for $95 per share for a total value of $68.7 billion. The deal will make Microsoft the third-largest gaming company by revenue.

Rising inflation can have an insidious effect on the economy. With rising input prices, consumers can purchase fewer goods, profits decline, and the economy can slow until a level of economic equilibrium is reached. Rising prices are definitely a key discussion right now, and it’s hard to not be concerned. Although many analysts are expecting inflation to taper off this year, consumers are seeing a noticeable price difference in a number of their purchases from a year ago.

The Consumer Price Index (CPI), which measures what consumers pay for goods and services, rose 6.8% from a year ago. According to the Bureau of Labor Statistics, it’s the fastest annual rise in 40 years. The data shows that prices are up in nearly every category, including energy, shelter, transportation services, food, and new and used cars. As expected, energy commodities were the main driver with a 12-month percentage change of 48.9%. Meat, poultry, fish, and eggs rose 12.5% over the same period.

CHART OF THE DAY: INFLATING THE NUMBERS. The Consumer Price Index: Total All Items for the United States graph shows the monthly change in inflation is at 1990 levels. FRED® is a registered trademark of the Federal Reserve Bank of St. Louis. The Federal Reserve Bank of St. Louis does not sponsor or endorse and is not affiliated with TD Ameritrade. Data Sources: ICE, S&P Dow Jones Indices. Chart source: The thinkorswim® platform. For illustrative purposes only. Past performance does not guarantee future results.

Causes: The COVID-19 pandemic sent shock waves across the global economy, disrupting a number of supply chains and contributing to significant shipping delays. Furthering the problem, we saw labor shortages combined with increased consumer demand. With a number of items in short supply and transportation costs climbing, prices increased. Broadly speaking, inflation is effectively the result of an increase in production costs or an increase in demand for products and services.

For consumers, inflation is a concern as money saved today becomes less valuable tomorrow, eroding purchasing power and even delaying retirement. For most families, one of the first places inflation will be felt is in the rising costs of food and energy. According to data from the U.S. Department of Agriculture, in 2020, consumers spent roughly 10% of their income on food. Then add another 5% to 8% of disposable income for energy costs. Thus, a rise in prices, no matter how small, can translate into less money for other products, less money to save, or even less money to pay down debt.

On the plus side, some analysts are expecting more supply chain issues to wane this year, which could have a direct impact on current inflation levels. Furthermore, the Federal Reserve is of the belief that inflation is likely to be more temporary than it is long term.

Generally speaking, companies will benefit from inflation by charging more for their products and services when demand increases. For example, when the economy is strong, demand for homes is often higher, which allows homebuilders to increase the price of a house. This pricing power will have a positive impact on a company’s profit margin, allowing them to charge more for products than the underlying increase in production costs.

It’s important to note that businesses will be negatively impacted by inflation if they’re unable to pass along their higher production costs to consumers. So, depending on the product or service being offered, if demand drops with a price increase, then the company will have to absorb the cost, which will lower its profit margins and ultimately reduce its profitability.