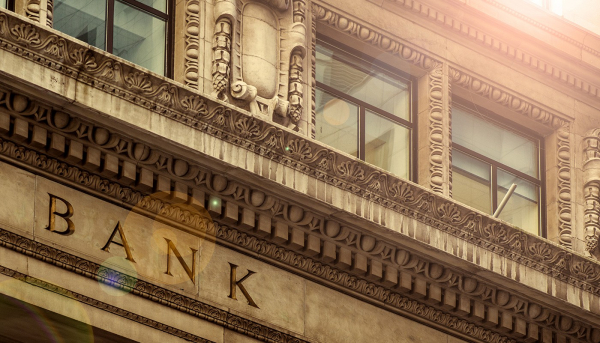 JP Morgan (JPM) reported a 14% drop in fourth-quarter earnings but beat analysts’ estimates. They posted a profit of $10.4 billion or $3.33 per share compared to $12.1 billion or $3.79 per share in the fourth quarter of last year. Analysts’ consensus had expected earnings of $3.01 per share. Revenue missed expectations with trading revenue down 7% and fixed income down as well. Pre-market shares are down 3.8% despite the investment banking global mergers and acquisitions activity shattering all-time records in 2021 and a record profitable quarter.

Citigroup (C) fourth quarter adjusted EPS came in a $1.46 versus a consensus estimate of 1.37. This came in lower than last years’ same quarter at $1.92.  Revenue came in at $17.02 billion compared to estimates of $16.85 billion. The same period last year was $16.83 billion. Sales were reported at $17.00 billion which beat estimates of $16.77 billion. Same period last year was $16.50 billion. Pre-market shares are down 3.6%. Revenue for fixed income and for equity trading were lower than expectated.

First Republic Bank (FRC) beat estimated earnings by 4.66% reporting an EPS of $2.02 versus an estimate of $1.92 a share. Last year EPS was $1.60. Revenue was up $287 million from the same period last year. First Republic saw growth in loans, deposits, and wealth-management assets. Shares are trading slightly lower by 1% pre-market.

Retail Sales slumped 1.9% overall in December. Sales excluding autos and gas fall 2.5%. This is the largest decrease since February 2021.

The battle of the Nasdaq Composite (COMP:GIDS) heated up on Thursday when the bears struck back against the bulls, resulting in a 2.51% sell-off. On Monday, the bears pushed the Nasdaq well below its 14,900 level, but the bulls were able to battle back and help the index close positive for the day. Then the Nasdaq was able to put together a three-day and more than 2% rally. However, the bears have pushed the tech-heavy index back to support once again.

The Technology Select Sector Index fell 2.60% despite better-than-expected earnings from Taiwan Semiconductor (TSM), which resulted in a 5.26% rally in the stock. But the one stock alone wasn’t enough as it was swimming upstream against an industry group that was falling. The PHLX Semiconductor Index (SOX) fell 2.29% on the day. The software industry group was one of the worst performers in the tech sector with the S&P Software & Services Select Industry Index falling 3.16% on the day.

Weakness in the tech sector was also a drag the S&P 500 (SPX), which closed 1.42% lower. The Dow Jones Industrial Average ($DJI) held up a little better but still fell 0.49%. Technology, consumer discretionary, and health care were the bottom sectors, while utilities, industrials, and consumer staples were the top and only sectors with positive returns on Thursday.

Vaccine makers traded lower after the Supreme Court blocked the Biden administration’s COVID-19 vaccine-or-testing rules for large private employers. While the government did have some latitude for health care providers because they receive federal funds for Medicare and Medicaid programs, the private-employer requirements for businesses with 100 or more employees was said to exceed the authority that Congress had granted the Occupational Safety and Health Administration (OSHA). Pfizer (PFE), Moderna (MRNA), BioNTech (BNTX), and Johnson & Johnson (JNJ) fell 1.96%, 5.71%, 8.10%, and 0.61% respectively.

After skyrocketing more than 14% on Wednesday, natural gas futures gave most of their gains back on Thursday, falling more than 12%. Apparently, traders felt that the market got a little carried away and pushed prices lower. The supposed cold snap that drove natural gas higher may still be a threat because heating oil futures were able to eke a second consecutive higher 52-week close.

It would seem logical that changes in the weather that effect natural gas and heating oil prices would also affect electric and gas utility companies. However, utilities aren’t sensitive to these costs because they’re usually able to pass the changing costs on to consumers. Instead, utilities are more sensitive to changes in yields or interest rates.

Investors commonly hold utilities because of their low volatility and high dividend yields. Therefore, utilities tend to perform better when investors are nervous or bearish or when yields are falling. Higher yields on Treasuries make them a more enticing investment than utilities because they’re considered safer investments. But lower Treasury yields make the higher dividends of utilities more appealing.

With that said, Treasury yields and utilities have been a little out of sync during the pandemic. At times, they’ve moved in opposite directions, and at times, they’ve moved together. The issue has been investor nervousness about the economy as well as the prospect of the Fed raising rates.

CHART OF THE DAY: MARGINAL UTILITY. The Utilities Select Sector Index ($IXM—candlesticks) was mostly inverse to the 10-year Treasury yield (TNX—pink) before the COVID-19 pandemic hit in February 2020, but the relationship has been disjointed since. Data Sources: ICE, S&P Dow Jones Indices. Chart source: The thinkorswim® platform. For illustrative purposes only. Past performance does not guarantee future results.

Brick House: Energy stocks tend to have a more direct relationship to inflation because of the central role petroleum products play in the transporting and creation of numerous products. This is why crude oil is by far the largest commodity traded in the world. Looking at the materials sector, we can try to identify other areas that could be inflation driven.

Construction materials have led the materials sector higher, likely because of the strength in the housing market. The COVID-19 pandemic was actually a boom for housing as low interest rates and lockdowns prompted many people to move out of crowded metropolises and to less populated areas.

Gold Digger: Another materials group that will likely benefit from inflation is metals and mining, particularly companies that have higher exposure to precious metals. In the past, gold and silver have been used as a hedge for inflation. When inflation rises, gold usually rises too.

However, in 2021, gold has yet to live up to its reputation as a hedge for inflation. This could be because the U.S. dollar has actually strengthened over the last year despite rising inflation. It could also be because investors are using cryptocurrencies as a hedge instead of gold. Finally, it could simply be that investors don’t think inflation is a long-term issue. While inflation may be lasting longer than the Fed and other central banks had hoped, many of the current issues could still be seen as pandemic-related demand and supply chain problems. If inflation does continue to persist, metals and mining could benefit.

Take the Box: The containers and packaging group tend to be correlated with retail stocks and materials stocks because of the demand to get products to market—meaning a need for cardboard boxes and shipping containers. Rising inflation may produce higher retail sales figures, but that doesn’t mean a higher number of items purchased. It could mean that the items were just more expensive. Fewer items at a higher price means fewer boxes and containers needed.

Higher inflation could also translate to fewer chemicals purchased as well. With many chemicals being petroleum based, higher oil prices could also mean greater difficulty getting crude oil through refineries like we discussed in yesterday’s Market Update.