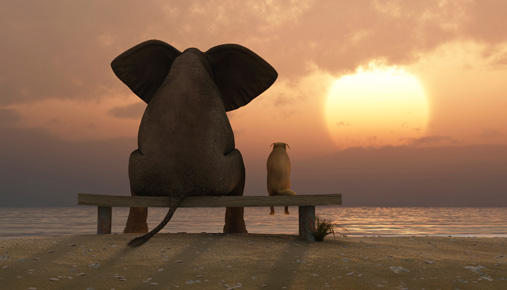 Hedge funds have been called mutual funds on steroids. Like mutual funds, they can offer a yin to the yang of wild stock market swings, only bigger and better—that is, if it all works out. If it doesn’t, the fall can be epic.

Hedge funds are actively managed investment plans closed to all but “accredited” investors, which the Securities and Exchange Commission defines as individuals whose net worth is greater than $1 million, or whose income exceeded $200,000 in each of the last two years, or a joint spousal income that surpassed $300,000 and is likely to do so again. But that doesn’t mean hedge fund managers don’t hold some sway over investor decision-making, potentially at all levels.

Some hedge fund managers take on veritable celebrity status as frequent television commentators. You may recall a throw down or two between Bill Ackman and Carl Icahn, primarily over their conflicting position on embroiled nutritional supplement firm Herbalife (HLF). And the financial press likes to throw open the books on hedge fund holdings when made public in 13F regulatory filings; individual investors like to follow the money, too, and can do so with these public documents.

Some Numbers to Chew On

And if there’s one big lesson to be learned, it may be this: It costs lots of money to maybe make lots of money. Hedge funds are known for their “2-and-20” fee structure, which rewards performance handsomely. Hedge-fund managers, in general, charge a flat 2% of total asset value as a management fee plus an extra 20% of any earned profits.

Put that into perspective. Hedge funds hold a record $2.82 trillion in capital, says hedge fund research group HFR. That’s across hundreds of funds, of course, but it allows managers to make mega investments in stocks that will likely move the market.

Some 66% of hedge fund assets are fueled from institutional investors, including pension funds and university and nonprofit endowments. (Institutions must have at least $25 million in investments and investable assets to qualify.)

Hedge funds are sometimes enticing because investors appreciate their reduced volatility, says Preqin, another research firm. From 2008 to 2012, hedge funds logged volatility that ranged from 4.4% to 15.1%, while the volatility of the S&P 500 index stayed above 10% and jumped over 30% at its peak.

Hedge funds can be a way to get exposure to less-liquid products whose longer-run potential may be appealing. Pre-IPO stocks come to mind, for instance.

But like mutual funds, hedge funds are managed by people who aren’t always perfect prognosticators. Last year, the average hedge fund returned 3.8%, notes Preqin, for the lowest annual return since a 1.85% loss in 2011. The S&P 500 gave investors a 13.7% return.

The Managed Funds Association is quick to point out that hedge funds still outperform the index over a 15-year period. And that may be enough for some envious retail investors, especially those following outspoken hedge fund activist managers like Ackman. After suffering heavy losses in 2009 and 2011, his Pershing Square Capital Management fund was a notable outlier with a banner year in 2014 that generated a whopping 40.4% return.

Talk to your financial professional for more information on hedge funds. They’ll help you decide if you really want to play with the big boys. Just remember that the bigger they are …