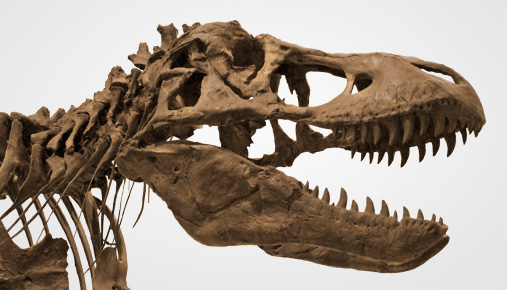 Will Active Mutual Fund Managers Go With the Dinosaurs?

To index, or not to index—that is the question. But what investors are really asking is whether the extra cost of actively managed funds—the opposite of passive indexing—is worth it.

There’s no denying that mutual fund managers took it on the chin again in 2014, as about 80% of actively managed U.S. equity funds failed to meet benchmark returns, according to Morningstar, Inc.

Instead, index-based exchange-traded funds (ETFs) and index mutual funds that track benchmarks such as the S&P 500 continue to gain market share as investors flock to low-cost investment vehicles. The outperformance of index funds in 2014 wasn’t a one-year blip, according to the data. Over a three-year time horizon, only 28% of actively managed U.S. equity fund managers beat their index returns, while over a 10-year period a slightly higher 34% of active managers outperformed their index, Morningstar said.

“It did not pay to use active managers for U.S. equities in 2014, as the average large- and mid-cap funds trailed comparable S&P indexes,” says Todd Rosenbluth, director of ETF and mutual fund research at S&P Capital IQ. “One of the reasons, historically, that active managers fail to beat their benchmark is that they want to differentiate themselves from a benchmark, [which] takes risks. And, some of those risks will fail, causing the average manager to underperform.”

Passive versus active becomes a big debate when it comes to socking money away for retirement or a kid’s college fund. Some investors aren’t willing to settle for “average” benchmark returns. They believe they can handpick the manager who will knock it out of the park with above-average returns. If you’re among those wedded to the idea of active management, make sure to do your homework.

“Active versus passive is not the central issue. It’s high cost or low cost,” says John Rekenthaler, director of research at Morningstar. He defines low cost as 0.4% or lower per year of annual expenses.

How long has management been in place? Do some research to determine how long the mutual fund managers have been running the show. Make sure the managers have a track record over a duration of time that at least matches your investment time horizon. If you see volatile performance, “it could have been the result of a couple of stocks working out [well], and that is hard to duplicate,” says Rosenbluth.

Has the fund consistently beat its benchmark over time? Look at annual returns of the mutual fund versus the benchmark index. Consistently steady outperformance is a good sign. However, investors still need to be watchful. Sometimes a fund will grow in size, which can complicate a manager’s strategy. Other times the manager may switch strategies and simply lose their touch.

Will the underperformance trend continue? And will that demote active management straight to the dustbin? Not quite. “Passive is not going to be for everyone. I think investors will still want actively managed products. They will still believe that they will be able to find the manager that can outperform. That is what makes the stock market efficient for everyone else,” says Rosenbluth.

Carefully consider the investment objectives, risks, charges, and expenses of an exchange traded fund before investing. A prospectus, obtained by calling 800-669-3900, contains this and other important information about an investment company. Read carefully before investing.