How Much More Online Shopping is Ahead? Amazon Prepares to Open the Books on Q4 – Professional ThinkorSwim indicators – Premium ThinkOrSwim Downloads & Indicators 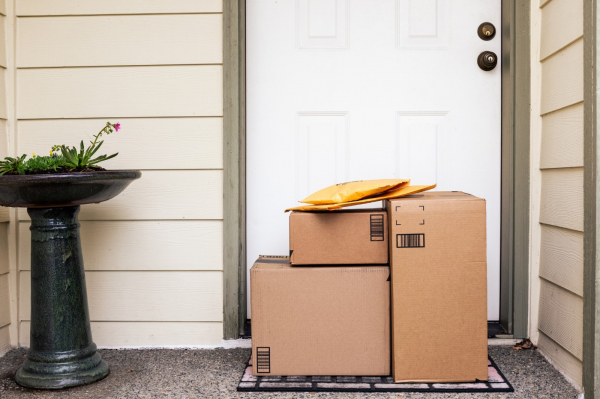 How Much More Online Shopping is Ahead? Amazon Prepares to Open the Books on Q4

Analyst consensus expectations for AMZN are for solid Q4 growth

There’s no question that the pandemic has acted as a catalyst for online retailers. So it wouldn’t be out of reach to expect 2020 to be a strong year for online shopping giant Amazon (AMZN). And let’s not forget the 74% boost to its share price in 2020, running circles around the S&P 500’s gain of 16%.

That storyline is expected to play out in Q4 2020, when AMZN reveals its earnings on February 2.

But when the pandemic subsides—and let’s keep the faith that it will—can AMZN beat its own growth records that were driven by COVID-19? And how will competition from retailers such as Walmart (WMT) and Target (TGT) impact AMZN’s growth?

AMZN is under pressure to show continuous innovation for its retail business and beyond. It appears to be up to the challenge, at least in the foreseeable future—AMZN still may have room to grow in penetrating e-commerce levels, expanding fulfillment capacity, increasing cloud computing, and broadening a plethora of other products and services.

AMZN’s biggest source of revenue now comes from online sales. Over the last year, AMZN said it has added more than 100 new facilities and plants in the United States and Canada to meet increased demand for retail.

Q4 included Amazon Prime Day. Make that Prime Days since the annual summer shopping extravaganza day moved to October 13 and 14 and was held in 19 countries. Throw in Black Friday and Cyber Monday, and you have some strong retail days in Q4. AMZN reported that Cyber Monday was its biggest shopping day in its history. And third-party sellers gained attention. According to Jeff Wilke, AMZN’s CEO of Worldwide Consumer, Prime Day sales from third-party sellers surpassed $3.5 billion, an increase of nearly 60% from the prior year.

Retail growth should also register from its Amazon Go stores, along with the surge in online grocery shopping, including its Amazon Fresh service.

Amazon is expected to report adjusted EPS of $7.19 for Q4, up from $6.47 in the prior-year quarter, according to third-party consensus analyst estimates. Revenue is projected at $119.6 billion, up 36.8% versus the year-ago quarter.

The options market has priced in an expected share price move of 5.2% in either direction around the earnings release, according to the Market Maker Move™ indicator on the thinkorswim® platform.

Looking at options expiring on Feb. 5, call activity has been higher at the 3400 and 3500 strikes. Puts have been less active and more spread out with concentrations at the 3190, 3195, and 3200 strikes. The implied volatility sits at the 55th percentile as of Monday morning.

Combined with the holiday sales rush, AMZN is expected to exceed $100 billion in quarterly revenue for the first time ever in the fourth quarter, according to AMZN’s own quarterly guidance. Net sales are expected to be between $112.0 billion and $121.0 billion, or to grow between 28% and 38% compared with Q4 2019, though the company noted $4 billion in COVID-19 related costs are expected for Q4.

Does This Cloud Have a Silver Lining?

Microsoft (MSFT) is the largest enterprise-cloud vendor in the world with huge leads over AWS, according to Cloud Wars. There is also competition from IBM (IBM), Alphabet (GOOGL), and Oracle (ORCL). And though AWS’ growth rate has slowed, the cloud service is not just fluff. Revenue from AWS contributed a sizable $11.6 billion in Q3, compared to $8.9 billion for Q3 2019, accounting for 12.1% of AMZN’s revenue last quarter.

And Let’s Not Forget Innovation

On the earnings call, AMZN leadership might shed some light on other sources of revenue, like its payment services, adding on to its Palm Scan System, and its Amazon One, which has been implemented in some of its Amazon Go stores. Or maybe it’ll chat about fintech investments, its entry into the pharmacy business, or other tie ups that might help AMZN move forward with its electric van, drones, and other delivery mechanisms.

To expand these and other initiatives, AMZN has added tens of thousands of employees over the last year or so, making it the nation’s second-largest employer with a workforce in the U.S. totaling more than 800,000 people, according to the Wall Street Journal. Its unparalleled growth last year included adding more than 400,000 employees, bringing its global workforce to more than 1.1 million. The company has added thousands of jobs to corporate offices across America, including in large hubs like New York, San Diego, and Dallas.

Alexa won’t answer what AMZN has planned for 2021, but maybe people on the earnings call will.