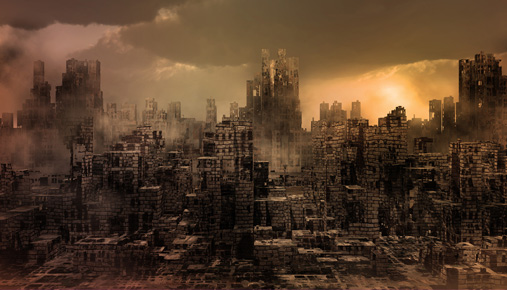 In his 1905 book The Life of Reason, George Santayana, a Spanish philosopher, wrote the famous phrase, “Those who cannot remember the past are condemned to repeat it.” Although Santayana was not a trader, his words should be taken to heart by anyone who attempts to extract profits from the markets.

All you have to do is look in the not-so-distant past to see examples of traders who once had it all and then lost everything (and then some). Let’s look at three traders who made some of the worst trades of all time, and see what lessons we can glean to avoid repeating the same mistakes in our trading. Below are some ideas traders should keep in mind.

Coming into 1998, LTCM believed it was going to be a slow, quiet year, so the fund put on large short volatility positions. That’s large, to the tune of leveraging $4.8 billion in assets to effectively control $1 trillion worth of financial instruments.

In late August, however, Russia defaulted on its sovereign bonds, which sent the financial markets reeling. Volatility spiked through the roof, and only a bailout by the Federal Reserve may have prevented LTCM’s bad bets from taking down the world’s financial system.

Lesson: Avoid trading beyond your account limits and carefully consider the potential consequences of excess leverage.

In December of 1994, Nick Leeson was a little-known trader at Barings Bank, the U.K.’s oldest merchant bank, where even Queen Elizabeth II held an account. Within a few months, the bank was no more, having been brought down by Leeson’s bad trades.

It all started in 1992, when a colleague Leeson supervised bought 20 futures contracts when she should have sold them. That cost Barings about $40,000—an insignificant sum for a bank of its size—but Leeson found that in his dual role as trader and head of trade settlement, he could hide the losses in an unused error account.

Soon Leeson began funneling his own trading losses into that account. Over the course of the next three years, Leeson traded heavily—and badly—until he amassed an incredible $1.3 billion in losses in the error account, according to a London Telegraph story. That was twice the amount of capital Barings had available. When auditors discovered the losses, the venerable bank was forced to close.

Lesson: When your trading is going badly, trade less and smaller until you get things under control.

In 2006, Brian Hunter was a star trader at Amaranth Advisors, a hedge fund that specialized in trading natural gas. Hunter’s analysis told him that prices would rise in the coming winter, and he began heavily buying natural gas futures.

But by early September, gas prices broke through price support and proceeded to drop another 20% over the next two weeks. By the end of the month, Hunter’s position was negative by $3 billion.

Hunter doubled down on his trade, but the winter continued to be mild and prices dropped even further, eventually creating a margin call that the company could not meet. In the end, the fund lost more than $6.6 billion of investors’ money, and its assets were liquidated, according to a research paper by the EDHEC Risk and Asset Management Research Centre.

Lesson: The markets are bigger than you are, so pay attention to the trend and don’t pile on to losing trades.