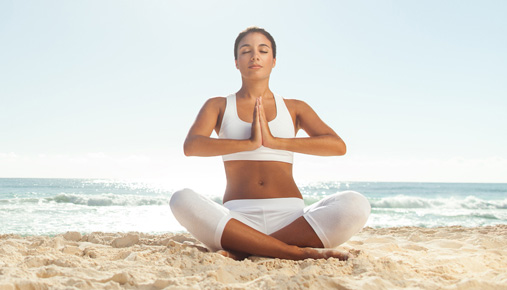 Mindful Trading: Learning How To Be Present When You Trade

It’s said that the human brain has as many as 100 billion neurons, each of which is capable of firing up to 200 times per second. That’s a lot of information flowing through our craniums. It’s no wonder, then, that we sometimes go on autopilot, making decisions and even acting without thinking.

When the results of these actions are beneficial to our trading—like taking a quick loss on a losing position—we should reinforce them. But when they cause us to lose money, we need to try to identify them before we act. This is how the idea of mindfulness can help your trading.

Now For Something Completely Different

A wonderful illustration of mindfulness in action was described by John Cleese, a founding member of Monty Python.

Cleese often wondered why other members of the comedy troupe, some of whom he felt were much more talented than he was, consistently turned in subpar written sketches. After much thought and observation, he figured it out, Cleese said in a 1991 lecture on creativity produced by Video Arts, a UK-based video production company

Cleese, like many writers, found that if his ideas didn’t start flowing within 10 minutes or so of sitting at his desk, he began to get restless. Random thoughts about mundane things began to bombard him: get more paperclips, clean the sink, schedule a haircut, and so on.

He recognized that this was how his mind dealt with writer’s block and that these thoughts were just an excuse to get up from his desk and end the discomfort. So instead, he learned to acknowledge these thoughts, validating them before letting them pass. This enabled him to stay at his desk longer, ponder multiple comedic premises, and decide which would make the best sketch. (The “Cheese Shop,” in my book.)

It turned out that Cleese’s colleagues were not as mindful as he was during this process, and in order to end their discomfort as quickly as possible when confronted with similar random thoughts, they wrote the first—but usually not the best—premise that came to them.

Being Present in the Market

The same type of mindfulness that Cleese practiced can apply to trading.

For example, many traders get anxious when they have a winning trade on, eager to take a quick profit even though their price target hasn’t been reached and their analysis shows no reason to close the position. Being mindful of that anxiety and acknowledging it can help prevent you from terminating a trade prematurely and limiting a profit.

Inherent market structure can be helpful in triggering mindfulness. For example, you might set a reminder for noon to remind you to avoid midday trading (when the market is often trendless), no matter how juicy a setup may appear. You could do the same to remind you to be present when considering trades during holiday-shortened weeks, earnings season, economic announcements, and quarter-end shenanigans.

The goal is to provide yourself with mental speed bumps in order to be present and aware of your mindset just long enough to prevent you from acting on the type of automatic thoughts that are harmful to trading.

Mindfulness may help you maintain objectivity in your trading, but even after practicing this technique diligently, you may find that you can only take it so far. This is when you might want to consider finding a trading mentor—someone who can objectively identify areas where you fall into bad trading habits and help you to design strategies to recognize them as they happen.