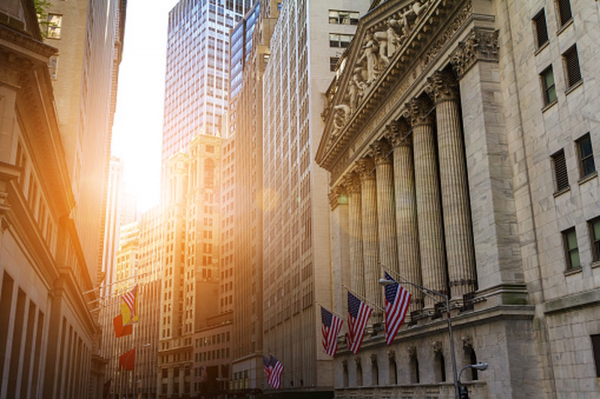 Rise in Treasury yields indicates some easing of economic worries

Nvidia shares climb on the heels of better-than-expected earnings

(Friday Market Open) After two weeks of heightened volatility on international currency, trade, and bond market worries, investors and traders may be experiencing some fatigue heading into the weekend. A positive close today could help ease some nerves, but another down day could accelerate selling momentum.

So far, the market seems to be pointing toward the former scenario as stocks look to build on modest gains from yesterday. Investors seem to be encouraged by comments from President Trump indicating that a meeting between U.S. and Chinese officials is still scheduled for next month, adding that the two sides are having productive talks over the phone in the meantime.

It’s another example of how attuned to trade-related news the market seems to be, given the level of concern about the trade war’s effects on the global economy. Those worries have helped pressure longer term Treasury yields, sending the curve between the 2-year and 10-year Treasuries into negative territory earlier in the week and pushing the 30-year yield to a record low.

But the 2-year-10-year inversion was brief, and that part of the yield curve remained in positive territory this morning after giving investors a recession scare earlier in the week. And longer term yields on U.S. government debt were higher as investors moved some money out of the so-called safe-haven investments in a signal that nerves are calmer. The Cboe Volatility Index (VIX) slipped below 20, offering a further indication that investors may be putting some of the jitters behind them.

In corporate news, Nvidia (NVDA) shares were up more than 6% after the chipmaker reported earnings and revenue that topped Wall Street expectations.

But Deere (DE) was down more than 1% after missing expectations on both top and bottom lines. The equipment maker also lowered its guidance for the year. The company is exposed to the U.S. trade war with China because it uses steel to manufacture equipment, and it makes equipment for farmers who are facing lowered demand from China.

U.S. stocks ended mixed on Thursday after a day of choppy trading. It seemed that investors found it hard to get clear direction as some of the day’s news was encouraging but other headlines didn’t provide as much guidance.

On the positive side, investors seemed optimistic about the U.S. consumer. With consumer spending accounting for roughly 70% of the gross domestic product of the United States, it marks a huge component to the health of the domestic economy. And with the U.S. economy the largest in the world, it’s no exaggeration to say that U.S. consumers help drive the global economy.

And investors have been worried about the growth potential of the world’s economy as the U.S.-China trade war has dragged on, affecting billions of dollars of goods that flow around the globe.

So it was with some apparent relief that retailing giant Walmart (WMT) reported earnings, revenue, and same-store sales that beat expectations and boosted its full-year guidance. WMT shares finished more than 6% higher, leading the Dow Jones Industrial Average ($DJI) and S&P 500 Index (SPX). Both those indices finished the day in the green while the Nasdaq Composite (COMP) ended slightly lower. All three of the main U.S. indices spent time on both sides of the unchanged line during the day.

Meanwhile, government data showed that U.S. July retail sales rose 0.7%, and excluding auto sales they jumped a full 1%. A Briefing.com consensus had expected a 0.3% gain for both data points. That added to the optimism following a strong quarter from WMT, as well as Chinese retailer Alibaba (BABA), and comes during the same week that a report showed small business optimism in the U.S. rising in part on help from consumer spending.

On a more confusing note, a Chinese official said the Asian nation is hoping the U.S. will meet it halfway on trade issues, apparently sparking some relief among investors worried about the ongoing trade war between the world’s two largest economies.

But that news came after a Chinese statement threatened trade countermeasures in retaliation for the latest tariffs on $300 billion in Chinese goods scheduled to go into effect Sept. 1 and Dec. 15.

That lack of clarity on what is arguably the biggest overhang for global markets seemed to help keep the lid on any gains that might otherwise have been higher because of the cheery retail news.

In the Treasury market, the buying of longer-dated debt securities continued Thursday, indicating investors remain worried about the global economy as U.S. government debt is seen as a safe-haven in times of market turmoil. Treasury buying pushed the 10-year yield below the 2-year yield on Wednesday and sent the 30-year to a record low yield below 2% Thursday (see figure 1 below).

The spread between the 2-year and 10-year Treasury yields was positive sloping on Thursday but remained narrow. With the psychology of the market right now seemingly fragile, holding onto even a narrow positive curve into the weekend would likely be a welcome sign. 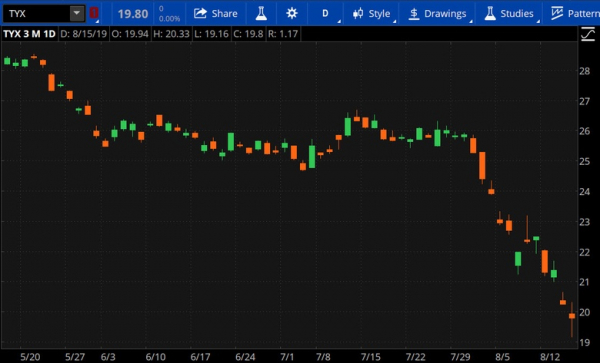 FIGURE 1: 30-YEAR YIELD DIPS BELOW 2%. A lot of attention has been paid to the yield on the benchmark 10-year Treasury and especially how it relates to the yield on the 2-year Treasury. But as investors have been buying 10-years, they’ve also been buying 30-year bonds. That longer dated security hit a record low Thursday below 2%. Data source: Cboe Global Markets. Chart source: The thinkorswim® platform from TD Ameritrade. For illustrative purposes only. Past performance does not guarantee future results.

History and the Yield Curve:This week has seen plenty of handwringing in the market about the inverted spread between the 2-year and 10-year Treasuries. The concern, of course, is that this odd behavior in the government debt market could precede a recession, as it has in the past. But while that often is the case, it isn’t the case every time. We’ve seen former Federal Reserve chief Janet Yellen comment this week that this time the inversion could be a false positive, and we’ve noted that some of the buying that has pressured the 10-year yield could be of a trade nature instead of purely reflecting economic angst.

But putting some historical numbers on an abnormal yield-curve’s accuracy as a recession indicator could be helpful, too. Investment research firm CFRA noted that every recession since 1980 was preceded by an inverted yield curve, but not all inversions led to a recession. “Of the seven flat or inverted yield curves over that period, only four resulted in a recession,” CFRA said. “Further, since 1968, the average return for the S&P 500 from inversion to recession has been +2.8%. When looking at the performance outcomes in those instances, the range is wide with the index advancing 16.5% in 2000/2001 but declining 14.6% in 2006/2007.”

Investing in a Strong Consumer:We’ve talked about how consumer spending has helped fuel optimism among small business owners. And yesterday we saw further evidence that the consumer remains strong – in the form of better-than-expected retail sales numbers and a solid earnings report from WMT. But the retail space does have some trouble spots too, especially among companies that rely heavily on traditional brick-and-mortar stores. We saw Macy’s (M) and others in the sector tank after M disappointed with its quarterly report. But that was after retailers got a boost when the Trump administration said it would delay tariffs on certain footwear and clothing.

So, with a background of strong consumer spending yet a hit-or-miss environment when it comes to individual retail stocks, the question arises about a sensible way to invest in the retail space. One industry that is exposed to retail but is largely agnostic about individual retail winners and losers are credit card businesses. It doesn’t much matter to them whether customers are using their cards at physical cash registers or to buying items online. As of late Thursday, Visa (V) was up more than 33% year to date while MasterCard (MA) had gained more than 44%, and American Express (AXP) was more than 28% higher. Of course, past performance doesn’t guarantee future results, so we’ll have to see how credit card companies perform going forward if the consumer continues to show signs of health. 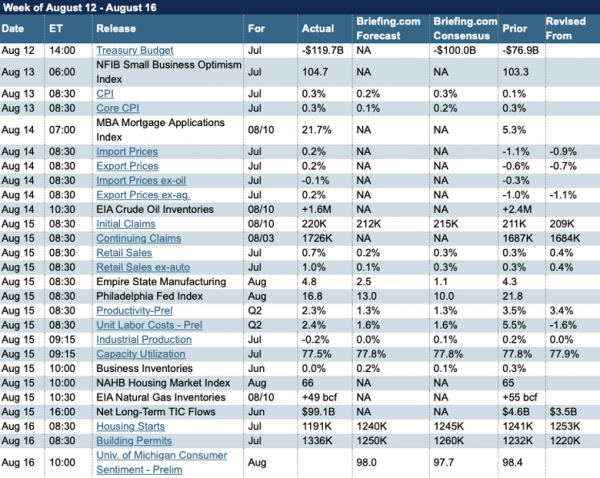