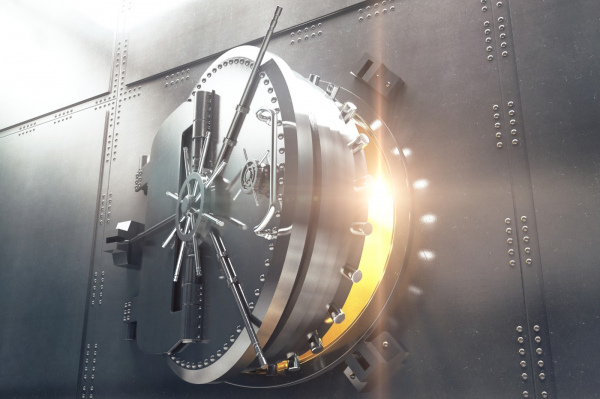 Weak trading volume might hurt profits, but strong IPO market a plus

After getting clipped in Q1 by the government shutdown, initial public offerings (IPOs) bounced back impressively over the last three months. This could end up working its way into Q2 results for several large U.S. banks that report earnings later this week, though analysts still anticipate year-over-year earnings declines for some.

Falling mortgage rates might also have been a tailwind for some banks in Q2. In addition, solid consumer confidence in the U.S. might have boosted banks with large retail and credit card businesses. Slow trading volume, however, is among the potential weights on bank results.

Several major bank earnings—Bank of America (BAC), Goldman Sachs (GS), and Morgan Stanley (MS)—are due later this week. Though early indications point to declining bottom lines for GS and MS, the question going in is whether strong consumer confidence and the booming IPO market helped mitigate some of the challenges they faced.

The number of companies valued at $10 billion or more that went public in the first half of 2019 is more than at any other time since the dot-com boom of 2000, The Wall Street Journal reported recently. Some of the major IPOs where MS was lead underwriter recently included pet food retailer Chewy (CHWY), and transportation networking firm Uber (UBER), according to Nasdaq. The company also helped underwrite life sciences and technology firm Avantor’s (AVTR) IPO.

GS served as an underwriter to one of the biggest IPO successes of Q2: Beyond Meat (BYND).

It’s not over yet, The WSJ reported. Some startups expected to go public before the end of 2019 include Postmates Inc., Peloton Interactive Inc. and WeWork. This could help keep business active for investment banks, though it’s possible IPO activity could slow down in 2020 as political uncertainty builds ahead of the U.S. presidential election.

This uptick in the IPO business could be an interesting topic to listen for on some of the earnings calls this week. GS is expected to report Tuesday morning, followed by BAC on Wednesday morning and Morgan Stanley (MS) on Thursday morning in a 1-2-3 punch.

Going into Q1 earnings season, we mentioned it might be interesting to hear from bank executives about softness in business spending and whether things might improve. Judging from data throughout Q2, it doesn’t really look like there was much change, but Q2 earnings calls are another opportunity for the bank executives to give their take on business demand.

They might also be able to help shed light on whether the prospect of lower rates later this year might get businesses more eager to invest capital in plants, products, and people. Their earnings come a week after Fed Chair Jerome Powell testified to Congress that business capital spending is still soft.

Some of the light capital investment could be a function of many industry leaders not wanting to make big investment decisions with the China tariff situation still hanging over everyone’s heads. That’s another metric that hasn’t really changed since Q1 earnings season. We’re now in a trade “truce” with China, so to speak, but there’s no end in sight to the war. Worries about trade’s possible impact were apparently among the topics bank executives discussed with President Trump at the White House last month, according to media reports.

Trade Volume Not Seen Too Bright for Banks

Every earnings season, trading volume comes up as a major issue for the big banks, and this time around is no different. Sometimes, profits in this area can hinge on market volatility. While volatility has settled back into a relatively low historical range over the last month, it was all over the place back in May, which might have caused trading to pick up, helping banks. That said, some bank executives warned at a conference last month that trade volume wasn’t in a great place.

What does seem to be in a good place is the banks’ internal workings. U.S. big banks passed the government’s so-called “stress test” late last month, giving bank stocks a boost. The nation’s largest banks all have strong capital levels and meet the Fed’s capital planning expectations, the Fed said. In non-financial talk, this means the Fed thinks they can all survive a severe recession.

Several of the big banks announced new buybacks and increased dividends after the test results announcement. This is one factor that helped the Financial sector outpace the S&P 500 Index (SPX) over the last three months.

Financial stocks are catching an updraft despite 10-year yields getting beaten back down toward 2% (see figure 1 below). Typically, Financials take some heat when yields fall because that tends to hurt banks’ net interest margins. However, with the Fed now widely expected to lower rates this month for the first time since 2008, there’s also hope that lower borrowing costs might get more people walking into bank lobbies to talk about the need for more capital.

FIGURE 1: MIXED BAG. General market malaise dragged down the financial sector in May, but shares of Goldman Sachs (GS – candlestick) had the most pronounced bounce in June. Bank of America (BAC – purple line) shares rose roughly in line with the broader market, but Morgan Stanley (MS – blue line) has been the laggard of the three. Data source: NYSE. Chart source: The thinkorswim® platform from TD Ameritrade. For illustrative purposes only. Past performance does not guarantee future results.

Of the three companies in focus, GS and MS both could see earnings fall double digits from a year earlier, according to third-party consensus views, while BAC is projected to grow earnings double digits year-over-year. Revenue is also expected to fall for GS and MS and to rise for BAC.

The projected earnings declines at GS and MS could reflect analysts expecting weakness in equities trading and even more softness in fixed income trading during Q2. Stronger consumer loans and credit card income, on the other hand, might help aid BAC.

On the plus side for GS and MS, research firm CFRA predicts 5% to 10% growth in Q2 for asset management and wealth management units at big banks.

“Year-over-year comparisons will be challenging for trading activity and debt underwriting, while IPO and M&A results should be strong,” CFRA said in a research note.

When Bank of America releases results, it is expected to report adjusted EPS of $0.71, vs. $0.63 in the prior-year quarter, on revenue of $23.35 billion, according to third-party consensus analyst estimates. Revenue is expected to rise 2.6% year-over-year.

The options market has priced in about a 2.3% stock move in either direction around the upcoming earnings release. Implied volatility was at the 28th percentile as of this morning. Weekly call options have been active from the 29.5 and 30 strikes, and put activity has been concentrated at the 29 strike.

Morgan Stanley is expected to report adjusted EPS of $1.16, vs. $1.30 in the prior-year quarter, on revenue of $10.1 billion, according to third-party consensus analyst estimates. Revenue is expected to be down 4.4% year-over-year.

The options market has priced in about a 2.6% stock move in either direction around the upcoming earnings release. Implied volatility was at the 21st percentile as of this morning. Weekly put activity has been light, with a little volume at the 40 strike, while call activity has also been relatively light, with some activity in the 44 and 45 strikes.

Goldman Sachs is expected to report adjusted EPS of $5.00, vs. $5.98 in the prior-year quarter, on revenue of $9.05 billion, according to third-party consensus analyst estimates. Revenue is expected to be down 3.7% year-over-year.

The options market has priced in about a 2.2% stock move in either direction around the upcoming earnings release. Implied volatility was at the 27th percentile as of this morning.

Call activity for GS has been higher in the 210 and 215 strikes. Put volume has been light, but highest at the has been active at the 200 strike.Good Trading,JJ@TDAJJKinahan