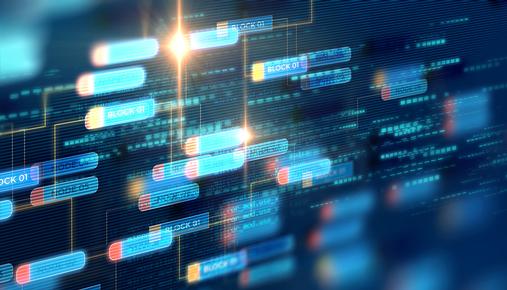 Looking Beyond Bitcoin: Ethereum & Other Cryptocurrencies

Bitcoin typically commands much of the spotlight on the world’s cryptocurrency stage, and for good reason: for one, it’s by far the most actively traded cryptocurrency. But there are many other crypto fish in the sea. Ethereum, Litecoin, Ripple, and Zcash are just a few of the other crypto tokens and coins (often referred to as “altcoins”) changing hands every day.

So many cryptocurrencies to ponder—more than 1,500 currently worldwide, according to CoinMarketCap—with a variety of uses and cheeky names (FrankyWillCoin, PizzaCoin, Tattoocoin). But where to start for an investor who wants to learn more?

Researching a few of the broader cryptocurrency categories is a good place to dive in, market professionals say. You might consider learning a few basics of Bitcoin as well as blockchain, the distributed ledger technology on which it and many other cryptocurrencies are based. It’s also important to understand how cryptocurrencies trade and their many risks.

King of the Crypto Hill

The number of cryptocurrencies and tokens has soared in recent years, but Bitcoin, launched in 2009, still dwarfs most of its counterparts in terms of trading activity.

As of mid-March, an average of about $7 billion Bitcoin was being bought and sold each day, according to CoinMarketCap. That was more than double the average daily volume of the next most actively traded cryptocurrency, Tether ($2.33 billion). Bitcoin accounted for a little over 1% of the $540 billion of daily cryptocurrency trading volume.

Bitcoin also topped the list with a total market capitalization of about $140.7 billion as of mid-March, compared to $60 billion for the no. 2 cryptocurrency, Ethereum.

Remember: The term “cryptocurrency” can be misleading because it doesn’t necessarily capture the differences in technology, incentives, and structure among various coins and tokens, says Phil Glazer, an investor with Maschmeyer Group Ventures, a San Francisco–based venture capital firm.

Although “cryptocurrency” conveys certain attributes that define some coins—such as a means of storing value and paying for things—the term “fails to capture the nuances and capabilities of other coins,” Glazer wrote in a recent blog post. In fact, there are several different types of cryptocurrencies. Let’s take a look at the top categories.

Probably the most familiar of the major categories, these cryptocurrencies are used as a means of exchange for goods and services. They’re similar to traditional fiat currencies, such as the U.S. dollar, in that their price at any given moment reflects the value people attribute to it. A key difference, however: many see transactional cryptocurrencies as a way to eliminate the need for government-issued currency.

Utility cryptocurrencies are designed for a specific task. They represent “something new,” Glazer says, by creating an infrastructure on which to build a means of storage or verification.

For example, Ethereum allows users to facilitate transfer of ownership through “smart” contracts, in which a token is attached to, and thus verifies, legal documents and other agreements. Another utility cryptocurrency, Filecoin, creates a decentralized storage network, providing users a new way to store and retrieve data.

What about specific cryptocurrencies that aren’t as big as Bitcoin, but still may be worth following?

According to financial researcher Prableen Bajpai, there are at least six “important” cryptocurrencies other than Bitcoin: Dash, Ethereum, Litecoin, Monero, Ripple, and Zcash. The following are brief descriptions of each, based in part on a recent article by Bajpai, along with the currency’s market capitalization as of mid-March, according to CoinMarketCap figures.

Originally known as Darkcoin and launched in 2014, Dash is a more secretive version of Bitcoin, with more anonymity; it works on a decentralized master code network that makes transactions almost untraceable, Bajpai says.

As noted earlier, Ethereum is decentralized software platform that enables smart contracts and distributed applications to be built and run without interference from a third party. Ethereum proponents claim it can be used to “codify, decentralize, secure, and trade just about anything,” Bajpai writes.

Launched in 2011, two years after Bitcoin’s birth, Litecoin is sometimes referred to as the “silver to Bitcoin’s gold,” Bajpai says. It’s based on an open source global payment network that’s not controlled by any central authority and uses “scrypt” as a proof of work.

Launched in 2014, Monero’s development is “completely donation-based and community-driven,” Bajpai says, and it enables complete privacy through a special technique called “ring signatures.”

According to Glazer, Monero—unlike Bitcoin—does not display the wealth stored in a given wallet on the public ledger. Instead, Monero scrambles transaction information by creating temporary, one-time use addresses for transmitting coins, which preserves the privacy of the sender and receiver. Private transactions are the default on Monero.

Ripple is a real-time global settlement network that offers instant international payments, enabling banks to settle cross-border payments in real time, with end-to-end transparency, and at lower cost, Bajpai says. Unlike Bitcoin and many other cryptocurrencies, Ripple does not require “mining,” the process where computers compete against each other by solving mathematical equations and collect coins as a reward.

Another privacy cryptocurrency, Zcash offers “shielded” transactions, which proponents say provides extra security. Transactions are recorded and published on a blockchain, but details such as the sender, recipient, and amount remain private.

Now that you have a better sense of how cryptocurrencies work and how they differ, keep in mind the many, many risks. Authorities are still getting the regulatory infrastructure in place regarding cryptocurrencies. Nothing exists, yet, to back you up, as the Federal Deposit Insurance Corporation does for U.S. bank customers.

In December, U.S. Securities and Exchange Commission Chairman Jay Clayton noted that “a number of concerns have been raised regarding the cryptocurrency and ICO markets,” and that there is “substantially less investor protection than in our traditional securities markets, with correspondingly greater opportunities for fraud and manipulation.”

“The most important thing to remember,” says Jim Sinegal, a financial services analyst with Morningstar, “is that you are 100% responsible for the security of your holdings.” He likens cryptocurrency markets to “venturing into a bad neighborhood with a pocketful of cash to spend. You might get robbed at any time; you could end up with counterfeit goods.”

Plus, the prices of Bitcoin, other cryptocurrencies, and any related securities can be quite volatile. It’s possible the entire value of your investment may be lost. If you don’t think you can handle the price swings—financially or emotionally—you may want to steer clear.