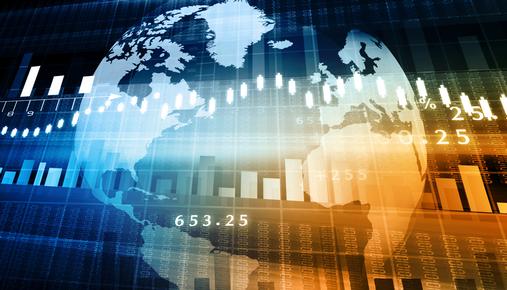 March was another choppy month for the stock market, with volatility remaining elevated. The volatility appeared to stem in part from rising fears over global trade, turbulence in the tech sector, and reactions to the most recent rate hike as well as comments from Fed Chairman Jerome Powell.

Yields on the benchmark 10-year Treasury Note, which began the year around 2.40%, rose as high as 2.94% before appearing to stabilize in the 2.7% – 2.9% range by late March. The stability in the treasury market could reflect a split between competing possibilities—extended weakness in the stock market causing a flight to the relative safety of fixed income securities, and a higher interest-rate outlook from the Federal Reserve.

Despite opposition from some economists and members of Congress, President Trump remained focused on tariffs. Although, he seemed to “soften” his initial stance by exempting Mexico and Canada and leaving the door open for more exemptions. While many applauded the exemptions, concerns about a possible trade war remained high especially after the Administration announced tariffs on more than 100 Chinese goods, totaling up to $60 billion. The President indicated that the tariffs are intended to level the playing field for U.S. companies that produce and sell the same products. Although the initial talk seemed heavy handed, the current situation looks like it may be headed toward a more pragmatic approach.

The technology sector, which includes social media and computing platforms, was rattled in mid-March when allegations surfaced around the misuse of Facebook users’ personal information by a data analytics firm in an attempt to influence the 2016 presidential election. The potential short- and long-term impact of these allegations on social media, tech, and the markets are still unfolding. As of March 26, Federal Regulators opened investigations into the incident and CEO Mark Zuckerberg indicated his willingness to testify before Congress. IBM CEO Ginni Rometty may have summed it up best in a conversation with CNBC on March 20. She said “this is a moment” and all companies, not just tech, have to be clear about data principals and security. “People are going to work with who they trust.”

Tech had been the best-performing sector so far in 2018 until it hit some rough patches towards the end of the month. First, when Facebook shares tumbled and the ramifications were felt by fellow “FAANG” stocks Amazon (AMZN), Alphabet (GOOG), Apple (AAPL) and Netflix (NFLX), and then again when China announced its initial response to the U.S. tariffs.

As expected, on March 21, the Federal Open Market Committee (FOMC) raised its target rate for federal funds by a quarter-point to 1.50% – 1.75%, causing the Dow to initially jump 200 points. The federal funds rate is the basis for many consumer loans ranging from mortgages to credit cards. However, the rally was short-lived as the markets reacted swiftly to comments made by Jerome Powell. At first, investors seemed to interpret the FOMC’s statement and Powell’s comments as dovish, but then switched to a hawkish interpretation. By the end of the session, the three major stock indices had drifted into negative territory. The FOMC attempted to make clear that the economy was still running well, although at a moderate pace rather than stronger as noted in December, and that strength in the labor market could continue to keep rates rising on a “gradual” pace. However, the committee now anticipates three rate hikes in 2019 instead of two. Their plan for three hikes in 2018 remains unchanged, despite speculation after comments made earlier this year that had many people worried about a fourth increase. If this fear lingers, investors may flee equities in search of “safer” options.

Economists have continued to pare back their estimates for Q1 economic growth, likely due in part to weak inflation and retail sales reports. The question now is whether the new tax cuts, which are just going into effect, have had any real impact yet on the economy. The Federal Reserve Bank of Atlanta’s “GDP Now” indicator now pegs Q1 GDP growth at just 1.8% based on muted inflation, trade, and auto and homes sales. The revised figure is down from the bank’s prediction of above 5% earlier this year and more in line with the slow-growth recovery that began in mid-2009.

The February jobs report, issued in early March by the Bureau of Labor Statistics, received applause on Wall Street. Job growth soared by 313,000 (about 100,000 above expectations) even as wage growth rose just 2.6% year over year, down from the 2.9% that many investors had found worrisome from an inflation perspective back in January. The growth was in sectors investors typically like to see, including construction, manufacturing, and business and professional services. Those are sectors where workers can often build solid careers. In another positive development, the employment report included an uptick in the labor participation rate, to 63% up from 62.7% last month, continuing an uptrend after a generational low of 62.3% set back in September 2015. Might these trends continue? Analysts and investors will know shortly when the March jobs report is released on April 6.

The positive sentiment surrounding the February jobs report faded in the weeks that followed as worries about trade wars, ongoing investigations focused on the White House, and the possible slowing of economic growth all seemed to gang up to take some of the wind out of the market’s sails.

So in the end, March turned out to be an active month for the aforementioned reasons, and investors tracking the day-to-day or week-to-week fluctuations in their portfolios may have understandably had their confidence shaken. However, it’s important to keep things in perspective. Instead of focusing on one moment in time, investors may be better off looking at long-term trends to help evaluate their portfolios relative to their goals.