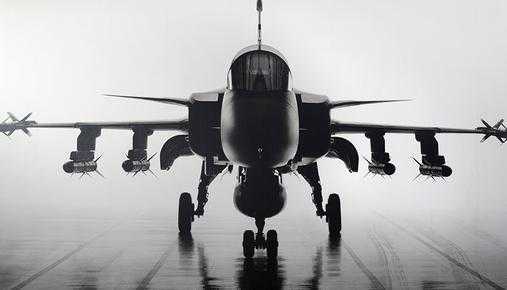 After losing ground in Q4, BA’s Q1 likely to be even rougher as pandemic rages

Order cancellations have been mounting for beleaguered aircraft maker

Things were already shaky for Boeing (BA) when it couldn’t supply the aircraft its customers needed. Now the situation is arguably even worse because customers might not need more planes for the time being.

There’s still no real insight into when BA can get its beleaguered 737 Max jet back into the sky as the company prepares to report Q1 earnings on April 29. Even once the plane gets off the ground, no one knows if airlines will have recovered enough to make new orders.

Only 10,000 commercial aircraft remain in service—less than 40% of the global fleet. Also, only 102,000 people passed through TSA checkpoints at U.S. airlines on one day in mid-April, down almost 96% year over year, Barron’s reported. Passenger revenue losses for the airlines could reach as high as $115 billion internationally in the first half of 2020, the International Civil Aviation Organization said earlier this month.

Airlines’ troubles were underscored on April 20 when United Airlines (UAL) said it had posted a preliminary loss of $2.1 billion in Q1 and would need more federal help.

“The challenge that lies ahead for United is bigger than any we have faced in our proud 94-year history,” CEO Oscar Munoz and President J. Scott Kirby said in a recent letter to employees.

UAL plans a revamped schedule that will reduce its capacity to about 10% of what had been planned for May at the beginning of this year, and a similar reduction in June, Munoz and Kirby wrote, adding they don’t expect demand to bounce back quickly even when the crisis fades.

Relief Not Guaranteed if Crisis Ebbs

You could say BA has suffered from the crisis like almost everyone else, but at least many large companies outside the travel industry can plan to quickly ramp up and meet customer demand once it returns. BA can’t necessarily do that even once airlines start to recover. It all depends on getting the OK from regulators around the world.

It’s hard to disagree with Barron’s when it says that BA’s earnings on April 29 will be, “Frankly, dreadful.” You could pick other negative adjectives for Q1, but BA is probably going to be more focused on the future.

In one sense, however, the pressure comes off a little for BA. Now that no one is really flying, airline customers likely don’t miss the absence of the grounded 737 Max fleet as much, giving BA time to continue its remediation plans without the pressure of customers barking quite as loudly.

One sign of problems for aircraft makers beyond BA’s grounded fleet was an announcement recently by Airbus—BA’s chief competitor—that it’s cutting production of the Max’s chief rival, the A320, to 40 a month, down from about 60 pre-crisis. Airbus said the company was working on “operational and financial mitigation measures to face reality” amid the coronavirus pandemic, including slashing spending and cutting costs at its plants, The Wall Street Journal reported.

Unlike Airbus, BA hasn’t talked about its plans for possible long-term production rate cuts due to the crisis.

“The airline industry is confronting the COVID-19 pandemic and the unprecedented impacts on air travel,” BA said in a recent press release. “We are working closely with our customers, many of whom are facing significant financial pressures, to review their fleet plans and make adjustments where appropriate. At the same time, Boeing continues to adjust its order book to adapt to lower-than-planned 737 Max production in the near term.”

BA is trying to win Federal Aviation Administration (FAA) approval to return about 800 Max jets to service, after two deadly crashes blamed in part on the plane’s flight-control systems. However, some airlines have begun canceling previous orders as the situation goes into its second year. It was March 2019 when the planes last flew commercially.

The cancellations began even before the pandemic really sank in. For instance, several customers, including Air Canada, canceled orders for the Max back in February, according to FlightGlobal, an aerospace newsletter.

BA limps into Q1 earnings season with shares recently suffering a massive hit, falling from around $300 earlier this year to below $100 at one point before rebounding slightly (see chart below). Analysts expect the company’s Q1 revenue to be down roughly $10 billion from the approximately $28 billion it recorded in the same quarter last year. 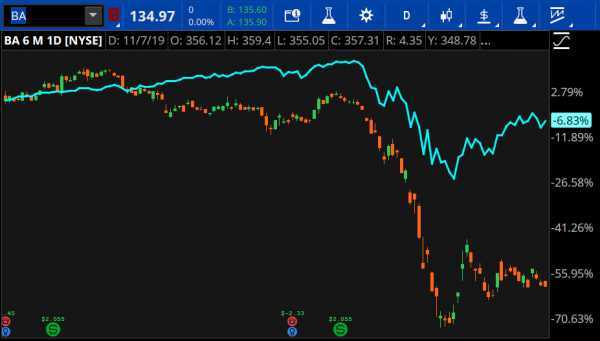 FIGURE 1: HARD LANDING. Though aerospace giant Boeing (BA–candlestick) had its share of problems—much of it related to the beleaguered 737 Max—shares more or less held their own relative to the S&P 500 Index (SPX–blue line), until the coronavirus pandemic severely curtailed air travel in the U.S. and across the globe. Data sources: NYSE, S&P Dow Jones Indices. Chart source: The thinkorswim® platform from TD Ameritrade. For illustrative purposes only. Past performance does not guarantee future results.

BA’s commercial aircraft deliveries in 2019 fell to 2005 levels and caused the company to lose major ground against Airbus. Production of the 737 Max halted earlier this year about 10 months after the plane got grounded.

BA said in January it doesn’t expect the U.S. government to approve the Max for a return to service until midyear. It’s unclear, though, how much the pandemic might affect that timing. Earlier this month, BA stock got a brief lift on April 17 when the company said it planned to restart production of many of its commercial airplanes later in the month.

Last year’s CEO change brought Dave Calhoun to BA’s cockpit. Sometimes fresh leadership in a crisis can give investors hope that a company is ready to change directions. Calhoun dealt with regulatory issues as chairman of the board of Caterpillar (CAT), and has longstanding ties with the aviation industry.

That might sound promising, but it doesn’t matter much if BA can’t get things right with the Max. We’ll have to wait and see, and also perhaps get more timing details on the earnings call.

What analysts and investors probably want to know more about is how and when BA can get the Max flying again. Unfortunately, if you’re hoping for predictions, you might be disappointed.

BA stopped producing the Max in January and remains in talks with regulators seeking approval to return the plane to service, Reuters reported. BA is addressing two new software issues with the MAX flight control computer.

The issues at BA have been very tough on its suppliers and their employees. Spirit Aerosystems (SPR) has reduced its workforce by more than 3,000 since January. It also implemented a four-day work-week at its Wichita, Kansas, plant, and cut executive salaries. BA has a vast ecosystem that reverberates around the economy. Even before the virus hit, the Trump administration was saying BA’s pain might have taken a noticeable hit on U.S. gross domestic product (GDP) growth.

A Check of the Order and Delivery Numbers

BA delivered a total of 50 commercial airplanes from January through March, compared with 149 in the year-ago quarter and the lowest level for the Q1 since 1984. The company saw 737 deliveries fall from 89 to five. The 737 deliveries consisted of two commercial 737NGs and three for military application, BA said.

Though commercial deliveries in Q1 only reached about one-third of Q1 2019 levels, they did exceed some analysts’ expectations, so there’s that.

On the other hand, BA said there were 150 cancellations of orders for its 737 Max in March. During the quarter the company logged orders for 49 commercial airplanes, including 29 Boeing 787s. The month of March saw orders for 31 airplanes, consisting of 12 Dreamliners, 18 Boeing 737NGs for the Poseidon P-8 program, and a single 767 Freighter.

The 737 Max cancellations could actually help by removing some backlog pressure during the model’s grounding, reported AIN Publications, an independent media company focused on the aviation sector. As BA said, “These adjustments remove near-term pressure on Boeing’s skyline, providing more flexibility to deliver on the more than 4,000 Max airplanes in backlog and protect the value of the Max family,” it said in a written statement.

Total cost of the 737 Max crisis reached about $18 billion for the company as of December, the company reported at its last earnings.

Glancing back at Q4, BA reported a loss of $2.33 per share, compared with adjusted per-share profit of $5.48 a year earlier. Revenue in the last three months of the year dropped 37% to $17.91 billion from $28.34 billion in the year-earlier period.

When BA releases results, it’s expected to report adjusted loss of $1.58 per share, vs. positive earnings of $5.48 per share in the prior-year quarter, on revenue of $17.3 billion, according to third-party consensus analyst estimates. That revenue would represent a 24.5% drop  from a year ago.

The options market is implying about an 8% stock move in either direction around the upcoming earnings release. Implied volatility was at the 49th percentile as of Friday morning

Looking at the May 1 weekly expiration, put volume has light overall, but highest at the 130 strike. Calls have seen a bit more activity, with decent volume at the 145 strike and heavy volume at the 150 strike.