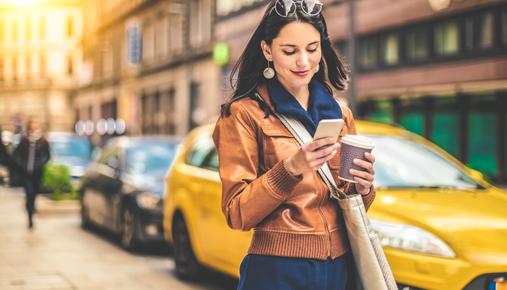 To help investors reach us quickly and to provide timely investing information, TD Ameritrade has launched a new chatbot on Twitter. Just send a direct message to @TDAmeritrade to connect with the latest TD Ameritrade artificial intelligence (AI).

The TD Ameritrade Chatbot for Twitter got off to a rousing start in February, coincidentally during a period of unprecedented volatility in the market.

It makes sense, said Sunayna Tuteja, director of emerging technology and innovation at TD Ameritrade. “We know consumers spend a lot of time on Twitter. There’s a strong community of traders and investors there.”

This release comes on the heels of the artificial intelligence chatbot TD Ameritrade began offering on Facebook Messenger last year.

With recent market volatility and the migration of four million Scottrade clients to TD Ameritrade in February, the timing was ideal.

FOR ILLUSTRATIVE PURPOSES ONLY.

“Going through conversion is hard. We knew they’d reach out to us on Twitter, so we wanted to make sure we had this AI-powered chatbot ready with the information, help, and support they needed,” Tuteja said.

“We always knew we wanted to do something unique on Twitter. The reason for that is threefold,” she said.

News breaks quickly on Twitter, and “there are a lot of influencers on Twitter. When they tweet, they can move markets,” she said.According to Tuteja, answer seekers are more likely to tweet questions than call a phone number.The timing of the Scottrade client migration means there are millions of new TD Ameritrade clients potentially in need of answers, from basic account questions to assistance with the trading platforms.

Information, Education, and Making Sense of It

“Like Messenger, it has information that’s on-demand—market updates, news, and quotes. And it has a second layer with more contextual education. We have more than 150 educational videos available,” Tuteja said.

For example, Tuteja said, if someone looked up a quote for Nordstrom (JWN), they’d also receive information about earnings, when dividends are paid, if a price is at a 52-week high or low, “and you can find out what people on Twitter are saying about Nordstrom.”

FOR ILLUSTRATIVE PURPOSES ONLY.

Trades Are a Few Taps Away

After an investor decides to take action, they can go for it via the chatbot.

“We want to tap into the power of these new technologies and these new interfaces to make investing acceptable, to make it intelligent, and to make it personalized,” she said.

Can You Still Talk with an Agent?

Even with all the information offered by the AI-powered chatbot, some investors might still have a question or need a little extra support.

Investors can easily begin a live conversation with TD Ameritrade. And, they’ll have a record of what’s already been discussed on chatbot, for a smooth transition from chatbot to live agent.

You don’t need a TD Ameritrade account to connect with the chatbot. More than 65% of information on the chatbot can be accessed by anyone. But TD Ameritrade hopes you like what you see and will decide to become a client.

“We want to educate more people about investing and making sense of it, but we also want to help empower them,” Tuteja added.

See the Twitter Chatbot in Action on TD Ameritrade Network