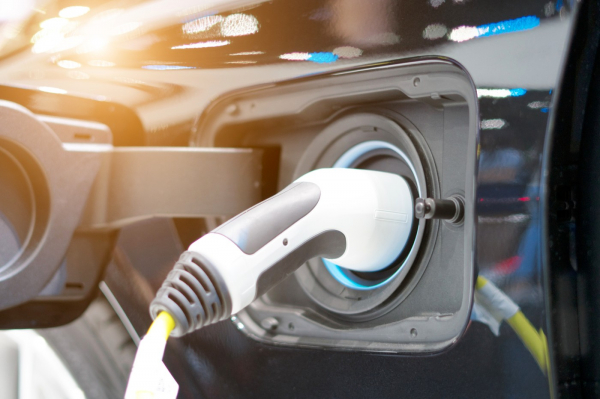 Inflation is Hot, But How Hot?

Oil May Finally Be Running into Some Selling Pressure

(Tuesday Market Open) The S&P 500 (SPX) is looking to build on Monday’s new all-time high. Stock futures are pointing higher before the open as more mega-cap Tech stocks are slated to report after Tuesday’s close. These announcements include Microsoft (MSFT) and Alphabet (GOOGL). However, investors have plenty of other reports to work with this morning.

Before the opening bell, United Parcel Service (UPS) announced it topped analysts’ earnings and revenue forecasts. UPS reported growth in domestic and international segments, as well as, its supply chain revenue. Being set smack dab in the middle of the current supply chain issues, UPS is experiencing a lot of demand and raised its 2021 financial guidance. The stock rallied nearly 3% in premarket trading.

Additionally, General Electric (GE) beat earnings estimates but missed on revenue. The company is still trading more than 1% higher before the open. GE raised its full-year profit outlook despite citing issues with a “challenging operating environment” and the supply chain.

On Monday, S&P 500 company Tesla (TSLA) soared 14% higher before pulling back to close just over 12%. In the process, Tesla broke $1,000 per share. A couple of things happened to trigger these events. First, car rental company Hertz announced it would buy 100,000 Tesla cars as part of its plan to move toward more electric vehicles (EVs). The car rental business has been slow to adopt EVs so today’s deal could be a turning point for the industry. If the trend catches on with other rental companies, it could be more good news for Tesla.

After starting Monday with a report that teenagers and young adults are beginning to shun Facebook (FB), the company was able to rally 1.26% on the day and then add another 1.90% in after-hours trading. After the closing bell, Facebook announced it was able to beat analysts’ earnings estimates despite falling short on revenue estimates. While Facebook didn’t address teenagers and young adults, it did report a 12% increase in active monthly users across its apps.

Navigating social media can be difficult for investors and users. In fact, some may say that it’s rare to find a constructive Twitter debate, but if you can find the right people, you may find some good insights. Twitter (TWTR) and Square (SQ) founder Jack Dorsey was trending on his own Twitter platform over the weekend when he forecasted that hyperinflation was “going to change everything.” Mr. Dorsey isn’t the first to make this prediction, and higher inflation has made its presence felt.

However, the post caught the attention of the famous stock picker Cathie Wood, and she gave several reasons why hyperinflation is unlikely. I think reviewing some of her reasons could help clarify the inflation situation.

First, she cited that the velocity of money is still falling. Velocity is the rate at which money turns over each year. Just putting money out into the system as the Fed has done doesn’t mean the money is being put to work. Therefore, a lot of the money appears to be sitting on the sidelines and not contributing to the current inflationary issues.

Second, technology has been and will likely continue to be deflationary. Technology tends to increase productivity, which reduces costs. A simple example is the use of tractors to replace laborers, but Ms. Wood cited artificial intelligence (AI) as an example, pointing out that training costs are dropping by 40% to 70% thanks to AI technologies. Of course, there are several examples that could be cited, but we don’t have time to go through all of them.

The next reason she gave was that disruptive innovation will change the way business is run today. Ms. Wood noted that many companies have failed to invest in research and development and instead have elected to pursue share buyback programs. Rising costs could push companies and innovators to focus on new and more efficient ways of doing business.

A fourth reason she pointed out was that businesses were caught off-guard with the COVID-19 lockdowns and have been playing catch up. Pressures from holiday shopping is making things worse. However, once the holidays go by, the normal economic cycle should provide some relief for supply chains and shortages. This goes along with what I’ve said before, as more and more people get out an about, consumption may opt to purchase more services and fewer products.

Finally, she pointed out that rising oil prices will likely increase the adoption of EVs, which ties right back into the Hertz-Tesla deal discussed previously. Increased use of EVs could help bring down the demand and eventually the price of oil.

The fact is that nobody knows the future, which is why these debates are important. They help investors explore different parts of a question and perhaps consider points that they hadn’t thought of before.

Catch a Falling Star: My technical analyst friends are saying there are reasons to believe that the momentum in crude oil (/CL) could slow down. First, the $85 level has been a historical congestion area for oil. This means that many oil traders often see this as a good price to sell.

Second, Monday’s price action created a shooting star candlestick formation, which means buyers tried to push the price higher throughout the day, but they were overwhelmed by the sellers who pushed the price back down and, in this case, caused oil to close slightly lower.

So, what we see here is that the battle lines are being drawn. Now, it’s a matter of whether the bulls can rally enough momentum to break the bears. Currently, the chart suggests that the bears are starting to hold their ground.

Big Fish, Little Pond: The announcement by Hertz to buy Tesla cars gives more attention to a rather small industry group. Only Avis Budget Group (CAR), which operates both Avis and Budget car rentals, trades on a major stock exchange. Hertz Global Holdings is making its way out of bankruptcy, and Enterprise Holdings is a privately held business. The lack of publicly traded stocks in this industry could be one reason for Avis’s rise of 106% from its September low.

Another reason the rental car industry may see business rise is that for those that believe in the recovery story are expecting to see business travelers to return. Airlines are recording large increases in bookings because many countries, including the United States, are opening for tourists and travelers. Of course, this means that if COVID-19 cases rise or a new variant emerges, the group could get hit hard if travelers cancel plans or countries lockdown again.

Pass It On: This morning, before the open, the manufacturer and marketer of personal care products, Kimberly-Clark (KMB) announced worse-than-expected earnings due to higher costs. The company said it’s trying to pass on the costs to the consumer, but apparently some consumers are choosing to buy less or not buy at all. You may remember that Unilever (UL) was able to successfully pass on higher costs without hurting its bottom line, which shows how difficult the situation can be.

On Monday, Walt Disney (DIS) announced plans to increase its ticket prices to its amusement parks. Fortunately for Disney, parks are a much smaller portion of what it does, so raising the ticket cost may not hit their bottom line as hard if it does deter park goers.  Additionally, if people are ready to get traveling, they may not worry about the cost and just be excited to be at “the happiest place on earth”.