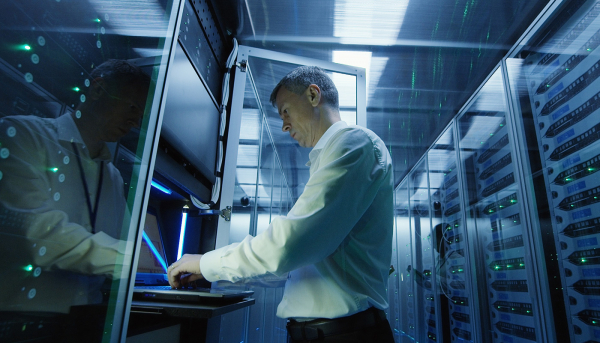 Microsoft and Alphabet Receive Mixed Reviews in After Hours Trading

(Wednesday Market Open) With no big tech stocks announcing before the open, the equity futures markets are mixed as investors consider other sectors. However, yesterday’s big tech had plenty of news that took the S&P 500 (SPX) to another record high. Let’s look at some of this morning’s announcements and then some of yesterday’s newsmakers.

A couple of S&P 500 companies announced earnings this morning. First, McDonald’s (MCD) reported higher than expected earnings and revenue and was trading more than 3% higher before the opening bell. Second, Coca-Cola (KO) was also trading 2.86% higher ahead of the open after beating on revenue and earnings. As Americans are getting back to work, apparently, they want a Big Mac and Coke.

Moving from food to cars, General Motors (GM) was up 3% in premarket trading and then fell into the red. The company beat on earnings but fell short on revenue. Ford (F) reports after the close.

After the bell on Tuesday, a rush of earnings was announced that lit up the CNBC app on my thinkorswim® platform. Commentators struggled to stay on top of them, and they have teams of production assistants. So, I’m just going to touch on a few.

This week is Big Tech week, and Microsoft (MSFT) and Alphabet (GOOGL) are two of the biggest. Both reported better-than-expected earnings and revenues after Wednesday’s close, but they had different market reactions.

Microsoft was up almost 2% in after-hours trading as the company cashed in on a global shift to remote work. The need for cloud services was a big boost for Microsoft as the product grew 50% in the quarter. In addition to the need for cloud, the work-from-home crowd also needed more personal computers with Windows software, which grew 36% from the previous year. However, Xbox sales were lower because of supply chain issues. Some investors are worried that the company won’t be able to meet holiday demand.

Alphabet fell about 1% in after-hours trading despite the good news. The company nearly doubled its third-quarter profits because smaller businesses are spending heavily on digital ads. The company is seen as a beneficiary of the “reopening trade” because of its cloud business and people using its search engine to find travel deals. However, the cloud business was weaker than expected and there are some concerns that Apple’s (AAPL) new privacy features will hurt Google’s recommendations in the same way it hurt Snap (SNAP) last week.

Oddly, Twitter (TWTR) was trading 2.85% higher after the close despite missing on earnings and revenue. However, when compared to Facebook (FB) and Snap, the company’s results looked better. Twitter is less dependent on direct ads that require the ability to track users, so Apple’s privacy changes have a smaller effect on Twitter’s success.

From software to hardware, semiconductors Texas Instruments (TXN) and Advanced Micro Devices (AMD) also announced earnings. TXN beat earnings estimates but missed on revenue, while AMD beat on both. TXN fell 3.75% in after-hours trading and didn’t raise its forward earnings guidance the way that AMD did.

The congressional spending bill is getting closer to passing. This could be good sign for a Congress that has been gridlocked to show they can get something done. However, many investors are concerned about the potential tax implications particularly around capital gains taxes. This is because an increase could have a negative effect on the markets if investors feel the need to adjust their portfolios before the end of the year.

CHART OF THE DAY: DEFENSELESS. The S&P Aerospace & Defense Select Index (SPSIAD—candlesticks) has underperformed the S&P 500 (SPX—pink) over the last two years. Raytheon (RTX—salmon) and Lockheed Martin (LMT—blue) have been little help to the group.  Data source: ICE, S&P Dow Jones Indices. Chart source: The thinkorswim® platform. For illustrative purposes only. Past performance does not guarantee future results.

Playing Defense: Despite a surge last fall, the S&P Aerospace & Defense Select Index (SPSIAD) has underperformed the S&P 500. Unfortunately, the group isn’t getting much help from two of its biggest companies—Lockheed Martin and Raytheon. Lockheed Martin (LMT) fell nearly 12% on Monday after missing on revenue and earnings estimates. To make matters worse, the company expects revenue to continue to fall through 2022 because sales continue to lag. Defense contractors are also getting hit with supply chain issues.

Meanwhile, Raytheon (RTX) soundly beat earnings estimates but missed on revenue. The company reported that it struggled to meet sales goals and was hurt by the Afghanistan withdrawal.

However, on Wednesday morning, the Aerospace and Defense group appeared to be garnering more favor. Boeing (BA) reported a worse-than-expected loss and missed on revenue but was still trading on the positive side before the opening bell. Meanwhile, General Dynamics (GD) beat on earnings but missed on revenue and was 1.25% higher in premarket trading.

Digital Defense: Consumers are demanding privacy, and Apple and Google are trying to deliver, but the moves to provide privacy have other businesses up in arms. Apple started using a pop-up window back in April for iPhones that ask people if they want to give apps permission to follow them. Google is working on plans to disable the tracking technology in its Chrome web browser.

The change has already been felt by Snap and Facebook, who thrive on direct advertising. Big tech has come under fire many times for trading in personal information to sell advertising. Apparently, Apple and Google have listened to the criticisms and found a way to please their customers who are concerned about their privacy.

If the trend continues and enough consumers opt out of being tracked, business could get harder for these platforms and for companies that rely on the platforms to drive customers.

No Defense: In an article by Bloomberg, the once darling Alibaba (BABA) has lost $344.4 billion in market cap over the last year, making it the largest global loss of shareholder value. The company came under fire after founder Jack Ma gave a critical speech of the China’s financial system a year ago. Since then, Mr. Ma has been out of the public eye and according to the South China Morning Post retired on his 55th birthday in 2019.

Alibaba has struggled after the company came under scrutiny from Chinese regulators. However, the company has exceeded its quarterly target for active users and is scheduled to report earnings on November 5.