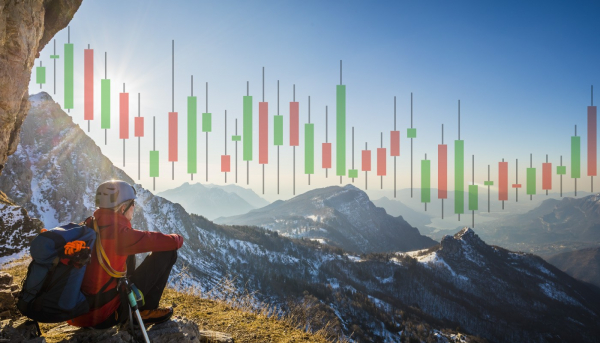 Bond yields are likely to be under scrutiny next month

Investors appear to be keeping tabs on Fed moves

Investors hoping for some relief from August’s whipsaw trading may not find it in September.

Next month, several major issues seem to be looming on the horizon, riddled with uncertainties. For one, we’re seeing the unresolved U.S.-China tariff tensions escalate to new levels. For another, the Fed has been sending mixed signals about whether another rate cut is appropriate. And in another issue apparently keeping investors on edge, the bond market has been ringing economic alarm bells with its brief yield curve inversions.

September’s markets have the potential to smooth out from recent turbulence if any of the main foreground issues land on a resolution, or at least get more clarity. But just as easily, stocks could continue to tread on shaky ground next month. A resolution to the China trade issue seems as far away as ever and that continues to be one of the main sticking points for markets, if not for the entire world economy.

U.S. and China Digging in on Tariff Stances

The tariff standoff between the U.S. and China took a backseat there for a while, but toward the end of August, the issue leapt back onto investors’ radars and has remained front and center heading into September with the two parties apparently headed back to the negotiating table.

The latest developments started when President Trump said the U.S. would impose 10% tariffs on about $300 billion in Chinese goods, a move that was delayed until December to try to ease the impact on the holiday shopping season.China retaliated by announcing tariffs of its own, ranging from 5% to 10% on some $75 billion in U.S. goods that take effect over the next three months as well as 25% tariffs on U.S. auto imports. “In response to the measures by the U.S., China was forced to take countermeasures,” the Chinese State Council said in a statement on August 23. “The Chinese side hopes that the U.S. will…return to the correct track of consultation and resolve differences, and work hard with China to end the goal of ending economic and trade frictions.” In turn, Trump threatened to jack-up tariffs even higher.

Stocks took a turn for the worse following each escalation, sliding further after President Trump called on U.S. companies to find an alternative to operating in China. Next, the U.S. and China officials plan to meet in early September, so investors can watch whether the tone remains combative, which would could weigh on the markets, or returns to one of cooperation, which could add to overall optimism and perhaps give stocks a boost.

While September does offer a number of different possible headwinds and tailwinds for the markets, this tariff issue has shown no signs of abating and has remained the one to watch. Without some sort of resolution, trade is likely to continue to be front and center and worries about tariffs could be a firm brake on any moves to the upside. Volatility, as measured by the Cboe Volatility Index (VIX), popped back up above 20 in late August, indicating chances of more turbulence ahead. Investors might want to take extra care moving into and out of the market at times like this.

Then there’s topic of what might happen with interest rates. At its last meeting, the Fed gave investors the interest rate cut they expected, breaking its streak of steady increases. But in the aftermath, we’ve gotten a sense that the Fed is still sorting out just how to go about making future rate cuts, if any.

The conundrum it’s facing is that parts of the economy, like the jobs scene and the retail sector, seem to be firing on all cylinders, which some Fed officials have said makes cutting interest rates inappropriate. On the other hand, as Fed Chief Jerome Powell said, the broader global market has been showing signs of deteriorating, and that could have a domino effect that could hit the U.S.

Bond yields in Germany fell deep underwater in August, putting pressure on U.S. Treasury yields. The trade tensions are another issue that might force the Fed’s hand, as Powell and others in the Fed have said they’re intent on keeping the expansion going.

Powell’s comments at last week’s Jackson Hole symposium seemed to signal another rate cut up ahead, perhaps as soon as next month, and the futures market puts odds of a 25-basis point cut at 95%. His comments appeared to momentarily calm the market, but China trade news right afterward sent stocks spinning lower and bonds higher.

Powell did add, however, that the Fed is near its goals on both price stability and with the labor market.

The bond market, with its yield curve inversions between the 2-year and 10-year U.S. Treasuries, has been rattling investors in recent weeks, and that trend could easily continue. When short-term and long-term yields invert to where shorter-term bonds are providing more return than longer-term bonds, the market takes that as an alarming sign because that kind of inversion has often (but not always) preceded recessions.

The yield curve inversions helped trigger a flight to so-called “safe-haven” assets like gold and bonds, as well as sectors like Utilities and Real Estate. Both those sectors are outpacing many others, but some analysts warn that they’re trading at elevated levels on a price-to-earnings basis. That could make them more prone to a big drop if resolutions come to some of the market’s pressing fundamental issues.

The 10-year yield was at 1.52%, just a basis point above the two-year yield, as of Aug. 26. Any move toward inversion or back below 1.5% in the 10-year could push stocks into the red. The 10-year yield starts the month not far above three-year lows, and the 30-year yield remains just above 2%. A drop below that level might raise eyebrows about the economy.

One thing to keep in mind is that despite all the recession talk, data continues to look solid. A lot of people seem to think a recession is coming, but the numbers don’t back that up. Also, though many economists talk about inverted yield curves signaling past recessions, something to consider is that fundamentals were very different back when those recessions happened. Interest rates tended to be a lot higher than they are now, both here and overseas. It’s unclear if inversion is still a recession indicator.

Other Economic Factors to Consider Watching in September

While September looks poised to bring many pockets of uncertainty, several parts of the market and economy seem to be steadfast in a show of strength that could continue.

The jobs picture, the retail sector and the housing market are all among the areas generating generally positive momentum lately, so those monthly reports could be ones to consider monitoring for any changes as we head into the fall.

As for jobs, employment rates are currently the strongest they’ve been in about 50 years, which has had a rippling positive effect on consumer spending. July’s jobs report showed the U.S. added 164,000 new jobs, just below expectations but about on par with average monthly gains this year. And wages climbed 3.2% year over year, just above expectations. It all shows that while the global economy may be sputtering, the domestic economy has a true pillar of strength with jobs. And of course with more jobs and higher wages, spending tends to follow.

Retail earnings last month were more than solid, showing consumers are still healthy. As long as joblessness remains low and consumers are out there spending, it’s hard to imagine the economy taking a huge hit.

On the housing front, the picture is a bit more complicated. Still, it’s generally looking a bit stronger, likely driven in part by the healthier jobs scene. On the one hand, mortgage rates remain low, which can attract more buyers. On the other hand, supplies are on the tight side, which can drive up prices and deter buyers. What we saw this month was that existing home sales rose more than expected in July. New home sales were down about 12% from June, but still up year-over-year in most regions of the U.S. Building permits, which measure future demand for new homes, also rose sharply.

If you follow the technical aspects of the market, it’s worth noting that despite all the recent turbulence, the S&P 500 Index (SPX) hasn’t strayed from its long-term range of around 2800-3000. The lower part of that range might represent a support level, technical analysts say.

However, August ended with two of the more important “canaries in the coal mine” for the market—the Russell 2000 (RUT) index of small-cap stocks and the Dow Jones Transportation Average ($DJT)—both on the defense, falling more steeply than the broader market. Sometimes weakness in these two can indicate that trouble is on the way.