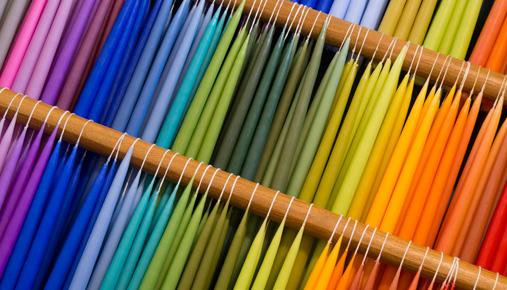 Editor’s note: This article is the second installment in a series on candlestick patterns. The first article introduced candlestick charts. This one looks at trend reversal patterns.

First developed by Japanese merchants centuries ago to track the price of rice futures, candlestick charts gained popularity in the U.S. in the early 1990s and are now the go-to chart type for most traders.

As prices fluctuate on a candlestick chart, patterns sometimes emerge. These patterns generally fall into two categories—those that signal the end of a trend (“reversal patterns”) and those that indicate a trend is about to resume (“continuation patterns”).

The rest of this article is dedicated to reversal patterns. But keep in mind:

A reversal pattern is not a guarantee that the trend will reverse; it just signals a potential change. Past performance does not guarantee future results.Reversal patterns that show up in a range are not necessarily valid, meaning they don’t indicate a breakout from the range. Reversal patterns are typically more valid when preceded by a pronounced trend, either up or down. Most reversal patterns have specific criteria, which you can explore in the thinkorswim® Learning Center. The closer a pattern comes to meeting these criteria, the better the chances that it’s a valid reversal signal.

A doji is a candle where the opening price and closing price are the same, meaning there is no real body—just a horizontal line indicating where price started and ended. 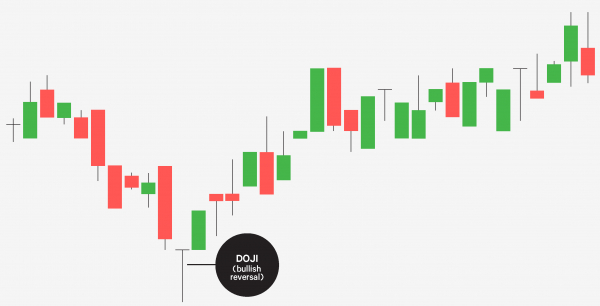 This reversal doji suggests that the previous downtrend may be changing. Image source: The thinkorswim® platform from TD Ameritrade. For illustrative purposes only.

Figure 1 shows a doji with a long lower shadow that formed after a downtrend. The doji candle’s structure indicates that after the stock opened, price continued lower in the direction of the previous downtrend, but then reversed and closed right where it opened.

This price action suggests that the downtrend has run out of steam. When the next candle after the reversal doji closes higher, it acts as confirmation, indicating a possible change of trend.

A reversal hammer is similar to a reversal doji except that it has a small body (“candle”), so it looks like a hammer (figure 2). 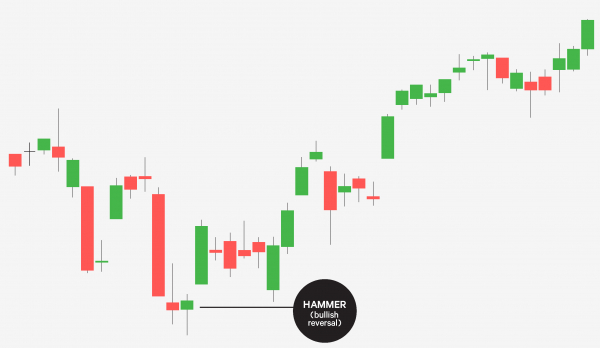 Similar to the reversal doji, the hammer forms a small, green real body. Image source: The thinkorswim® platform from TD Ameritrade. For illustrative purposes only. Past performance does not guarantee future results.

The price action on a reversal hammer is the same as a reversal doji, but many traders think it’s a stronger indicator of a potential reversal because it includes a rebound back above the opening price.

Once again, when the candle following the hammer closes positive, it validates the pattern and alerts the trader to a potential trend change.

A bullish engulfing reversal is a two-candle pattern that indicates a reversal of the previously established trend. 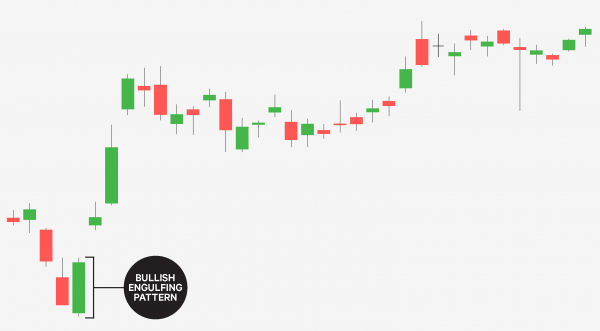 A two-candle pattern indicating a possible trend change. Image source: The thinkorswim® platform from TD Ameritrade. For illustrative purposes only. Past performance does not guarantee future results.

You may have noticed in figure 3 that the second (bullish) candle “engulfs” the real body of the first candle, though not quite its upper wick. This still qualifies as a bullish engulfing pattern, but it may be seen as slightly less definitive than if the second candle fully engulfed the first candle’s price action.

The morning star reversal is a three-candle pattern that incorporates what’s known as a “star” candle. 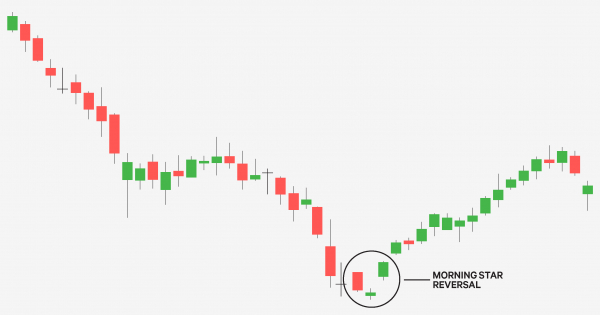 This three-candle reversal pattern includes a “star” as the second candle. Image source: The thinkorswim® platform from TD Ameritrade. For illustrative purposes only. Past performance does not guarantee future results.

A star is a candle with a small real body that gaps away from the large real body preceding it. In practice, the color of the star is not important. If it is a doji, it is sometimes called a “doji star.”

There are three specific criteria for a morning star reversal pattern:

Look for confirmation when the first bar after the morning star reversal closes higher than the highest point of the overall pattern.

These are just a few of the common reversal patterns you’re likely to spot with candlestick charts. Each of them has a bearish counterpart that indicates a possible reversal of an uptrend; they’re known respectively as the inverted hammer, bearish reversal doji, bearish engulfing pattern, and evening star reversal.