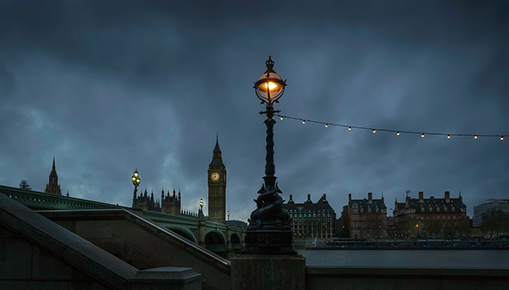 As investors question how serious the repercussions could become from the UK’s decision to leave the European Union last week, Laffman offered perspective in a Market Update webcast along with JJ Kinahan, Chief Market Strategist, TD Ameritrade.

“There’s still uncertainty around a lot of those questions. The “safe haven” trade is on. People are shedding risk across their portfolios. Markets love certainty and this is a huge ominous cloud hanging over everything,” Laffman says.

Pointing to the near record low levels of 10-year yields at 1.45% on Monday, versus the all-time yield low at 1.39% hit in 2012, Laffman says, “I have seen this before, but this isn’t so much a fear trade as much as it is a global investor story. The underpinnings of our economy today are much stronger than the last time we saw yields [at] these levels. We are seeing a [long line] of buyers for Treasury securities because so much of the world’s debt is trading at negative yields,” Laffman says.

In the short-term, overall financial market volatility could remain high. Kinahan weighs in: “Often when you have surprising news to the market, like Brexit, it takes three to five trading days to work through the system. A lot of the normal market relationships just don’t seem quite right. The whole market is struggling with this right now.”

One of the big immediate shifts in the post-Brexit landscape are major revisions toward expectations for future Federal Reserve rate hikes this year, the duo said. Remember back to December 2015 when the Fed hiked rates by 0.25 basis points lifting the federal funds rate to its current 0.25-0.50%?

At that time, “there were expectations for four additional rate hikes in 2016. There was a belief by the Fed that there needed to be a return to normalcy,” Laffman says.

Now, “we are at a place where markets are putting more behind the possibility there will be rate cuts rather than rate hikes. Interesting twist,” Laffman says. Looking at the February 2017 Fed meeting, the markets are pricing in a greater probability of a rate cut than a rate hike, he noted.

Q2 Earnings Right Around the Corner

As stock market investors ready for a barrage of second quarter earnings news in July, Kinahan explained that, “This whole Brexit vote will not be reflected in this quarter’s earnings.” However, even if you’ve never jumped on an earnings call this just might be the quarter to listen in. “I don’t think there has ever been a more interesting time for earnings calls. It will be interesting to see how CEOs paint the next six months to a year outlook,” Kinahan says.

Breaking Down the Sectors

The impact from Brexit on the U.S. equity market has many different potential ramifications. The unprecedented moves in currencies including dramatic weakness in the British pound and euro and strength in the U.S. dollar could impact large U.S. multi-nationals that rely on exports for their revenue stream.

“Companies that export a lot could have a difficult time. How will this affect the Caterpillar’s and Deere’s of the world? There are a lot of companies that could be at risk,” Kinahan says.

The financial sector has already taken a big hit as traders reprice expectations from higher U.S. interest rates to now lower levels. This has upended the traditional way banks earn revenue, which includes the spread between the rate the bank pays its depositors versus the level it can charge lenders, Kinahan explains. “Financials have gotten taken out to the woodshed. JP Morgan, Wells Fargo, just about any name you want to pick has gotten slaughtered,” Kinahan says.

It’s not all bad news and there have been some rising stocks among the carnage. Kinahan pointed to a number of so-called “Sin Stocks.” Think alcohol and tobacco companies that have gained in the wake of the Brexit news.

Altria Group (MO), Constellation Brands (STZ) and Reynolds American (RAI) all saw slight increases Monday. “In times of such volatility, the only treat people might get is a drink and a smoke,” Kinahan says.

Meanwhile, some energy stock investors may face a conundrum in the days ahead, Kinahan says. The price of crude oil stumbled in recent days and has had difficulty sustaining gains above the $50 per barrel mark. The rising U.S. dollar tends to have a negative impact on commodities, which are generally priced in dollars worldwide.

While there remain many more questions than answers on how the UK will actually exit from the European Union, don’t expect clarity anytime soon. There are estimates it could take from two years up to ten to unravel.

Key takeaways: Despite the dramatic moves seen in markets in recent days, it’s not the end of the world, the team said. “The risk-off trade is temporary, we are not talking about the collapse of the global banking system here. Right now the picture is just a little cloudier than it was last week,” Laffman says.

For long-term investors, Kinahan offers the following words of wisdom: “If you have a longer term game plan, stick with it.”

Tune in to the Market Update

Check out the Market Update by JJ Kinahan, Chief Market Strategist, TD Ameritrade. It’s a daily look at market activity and what could be ahead.

Check out JJ’s latest take on the markets »