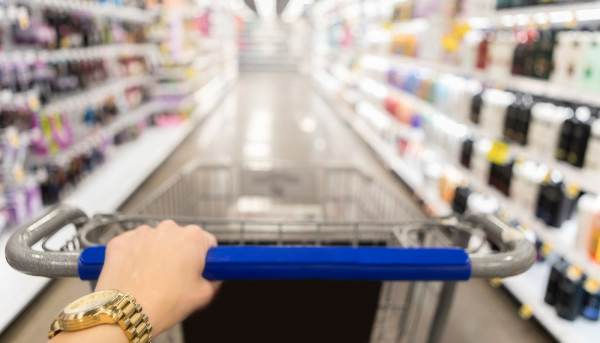 Producer Price Index Higher Than Expected Ahead of Earnings Season

The Producer Price Index and Jobless Claims Were Higher than Expected

(Thursday Market Open) Equity index futures were relatively flat before the Producer Price Index (PPI) and jobless claims were reported. The PPI came in higher than expected at 8.3%; it had been projected to rise 8.0%. All-in-all, the PPI looked similar to Wednesday’s CPI, which means the new earnings season will likely focus on companies that are able to pass higher costs on to consumers without hurting sales growth.

Jobless claims came in higher than expected at 230,000 instead of the forecasted 200,000; meanwhile, continuing claims were lower than expected. Equity index futures were little moved on the news but did turn slightly more positive while the 10-Year Treasury Yield (TNX) stayed around 0.93% higher in premarket trading.

After jumping more than 14% on Wednesday with news of an upcoming cold snap in the eastern-third of the United States, natural gas was down about 4% before the open. Natural gas was up more than 47% in 2021 and is has risen nearly 30% in 2022. Natural gas company Chesapeake Energy (CHK) rallied 4.61% on the news.

Delta Air Lines (DAL) also beat on top and bottom line numbers sparking a 1.90% premarket rally. Like other airlines, Delta has struggled with Omicron as employees have been ill, resulting in numerous cancellations. Yet the company was able to manage expenses to achieve a profit. DAL warned that it could see a loss in the current quarter because of ongoing issues with COVID-19 but still offered a strong revenue outlook.

By reporting better-than-expected earnings after Wednesday’s close, KB Home (KBH) rose more than 3% in after-hours trading. Unfortunately, the homebuilder missed on revenue due in part to fewer orders. KB reported a bigger-than-expected backlog as the company works hard to meet high demand.

Stocks closed slightly higher on Wednesday as investors digested the largest year-over-year rise in inflation in 40 years. The Consumer Price Index (CPI) reported a 7% rise in inflation over the last year. However, the market seemed to take it in stride and soon rallied. There appeared to be little conviction as the NYSE saw advancers barely outpace decliners.

The 10-year Treasury yield (TNX) actually fell 1.20% on the news and despite a 1.90% rise in oil prices. Both the 10-year yield and oil prices are dealing with historical levels of resistance and congestion that could slow their growth in the short term.

Materials, consumer discretionary, and technology were the strongest sectors on the day. The materials sector was helped in large part by Freeport-McMoRan (FCX) rising 5% and Mosaic (MOS) rising 3.84%. FCX rallied along with copper futures that rose 3.5% and hit a new three-month high. Analysts from Piper Sandler raised their price target on Mosaic to $43 per share.

The Consumer Discretionary Select Sector ($IXY) rallied 0.65% on Wednesday, driven mostly by Tesla (TSLA). Tesla rose 3.93% on Wednesday on a report that its Giga Shanghai factory is accounting for more than 51% of car deliveries around the globe.

Another consumer discretionary stock that attracted a lot of attention was Crocs (CROX). According to Barron’s, Crocs has seen impressive consumer growth and was named by Piper Sandler as a top stock idea for the second year in a row. Piper Sandler analysts raised their price target on the stock to $246 per share.

The Investor Movement Index (IMX) is a proprietary, behavior-based index created by TD Ameritrade and is designed to indicate the sentiment of retail investors. TD Ameritrade clients were net sellers of equities in December; the sector mix was interesting as information technology along with consumer discretionary were the only two sectors net bought during the December time frame. The breadth of selling across most sectors along with the buying of short duration and Treasury fixed-income securities caused the IMX to move lower to 7.97 (-9.64%) in December.

Although there was strong selling across most sectors of the S&P 500, clients did find some opportunities to buy certain names during the month. Rivian Automotive (RIVN) made its listing debut on the Nasdaq Exchange in the prior month, reaching highs near $180 per share before pulling back to lows near $75 and was net bought. Electric vehicle makers Tesla (TSLA), Nio (NIO), and Lucid Group (LCID) saw volatile trading through the month, pulling back at first and then stabilizing at lower levels, which clients used as a buying opportunity as well. Ford (F) benefited from strong automotive industry trends in addition to progress on the electric vehicle front, which led to some third-party analysts upgrading the stock that prompted client-buying interest during the month.

CHART OF THE DAY: MATERIAL EVIDENCE. The Materials Select Sector Index ($IXM—candlesticks) has climbed about 9% over the last six months on the strength of the S&P 500 Construction Materials ($SP500#151020 —gray) industry group. The S&P 500 Chemicals ($SP500#151010—pink) and the S&P Metals & Mining Select Industry Index ($SPSIMM—blue) have slightly underperformed the sector. The S&P 500 Containers & Packaging ($SP500#151030—green) has been a drag on the sector. Data Sources: ICE, S&P Dow Jones Indices. Chart source: The thinkorswim® platform. For illustrative purposes only. Past performance does not guarantee future results.

Brick House: Energy stocks tend to have a more direct relationship to inflation because of the central role petroleum products play in the transporting and creation of numerous products. This is why crude oil is by far the largest commodity traded in the world. Looking at the materials sector, we can try to identify other areas that could be inflation driven.

Construction materials have led the materials sector higher, likely because of the strength in the housing market. The COVID-19 pandemic was actually a boom for housing as low interest rates and lockdowns prompted many people to move out of crowded metropolises and to less populated areas.

Gold Digger: Another materials group that will likely benefit from inflation is metals and mining, particularly companies that have higher exposure to precious metals. In the past, gold and silver have been used as a hedge for inflation. When inflation rises, gold usually rises too.

However, in 2021, gold has yet to live up to its reputation as a hedge for inflation. This could be because the U.S. dollar has actually strengthened over the last year despite rising inflation. It could also be because investors are using cryptocurrencies as a hedge instead of gold. Finally, it could simply be that investors don’t think inflation is a long-term issue. While inflation may be lasting longer than the Fed and other central banks had hoped, many of the current issues could still be seen as pandemic-related demand and supply chain problems. If inflation does continue to persist, metals and mining could benefit.

Take the Box: The containers and packaging group tend to be correlated with retail stocks and materials stocks because of the demand to get products to market—meaning a need for cardboard boxes and shipping containers. Rising inflation may produce higher retail sales figures, but that doesn’t mean a higher number of items purchased. It could mean that the items were just more expensive. Fewer items at a higher price means fewer boxes and containers needed.

Higher inflation could also translate to fewer chemicals purchased as well. With many chemicals being petroleum based, higher oil prices could also mean greater difficulty getting crude oil through refineries like we discussed in yesterday’s Market Update.